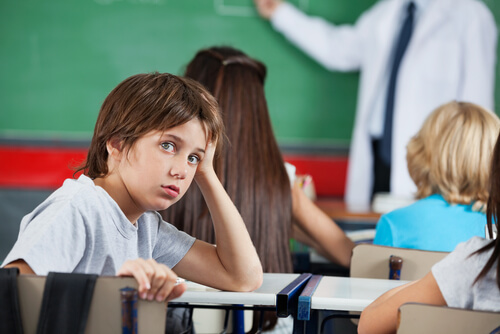 This is the time period when an infant is responding to his environment minute by minute. However, in auditory processing disorder, the child’s brain perceives sounds as if they are garbled. When he can’t process the sounds properly, there’s great potential for confusion, starting at a very early age. If he hears the letter M as an N, Mom isn’t Mom, she’s Non. If he hears the letter D as B, then Dad is Bab.

During this critical language-developing stage, the child’s language is garbled too, making it a difficult time for the child.

During this stage, memory is forming. But if a child has the wrong associations of words to concepts or sounds to words, the ability to spell and read is compromised.

How can a child realistically build vocabulary during this time with APD? What he thinks he is learning is incorrect.

When he reads aloud, the words are spoken incorrectly. When he takes tests on language in school, he makes mistakes and can’t read fluently. The other students begin to make fun of him and the way he talks, the way he reads, and this begins to wear on him socially, intellectually, psychologically and emotionally.

Children develop the concept of individuality during this stage. If a child has APD, he’s realizing that he is different than the other children, especially in intellectual functions. Other students seem smarter than him. He takes things to heart, and he carries any negative comments with him to the next day.

He may start withdrawing from people and, as a result, doesn’t make rapid vocabulary gains, adding to the already present vocabulary difficulties. His spelling and writing skills are not good. This is a psychologically dangerous period of time for your child because it’s a when he might decide that he will never be good at reading, writing and math.

Once all the brain’s networks are built incorrectly based on false sounds,  everything else in the brain can’t be based on truth. Psychologically, the child is being defeated. He might submit to the idea that nothing he does seems to be right.

During this time, there’s also a drive within the brain to form morals and a sense of what is right and wrong. Your child might act on the potential harbored resentment towards others who are doing him wrong. Or he could turn inward with depression.

It’s essential to get APD treatment during your child’s development. Otherwise, he’s likely to never outgrow it. The only way to counter APD is to stimulate the brain in a way that evokes change – and that’s what we do here at Gemm Learning. We develop programs that stimulate the brain’s thought and auditory processes to reconstruct the brain. This empowers the brain to think the way it’s meant to and process sounds correctly.

What are your experiences with APD and treatment? Share below in the comments.