Concerned Your Child Has APD and Not Sure What To Do Next? 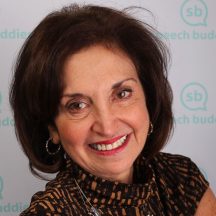 Dr. Geffner is a speech-language pathologist and audiologist with more than 40 years of experience in the field. She founded the graduate and undergraduate programs in speech and hearing at St. John’s University and was the Director of the University Speech and Hearing Center for four decades. Dr. Geffner also served as president of the New York State Speech-Language-Hearing Association and the American Speech-Language-Hearing Association. She has co-authored several textbooks, including The Listening Inventory (to help parents and teachers recognize behaviors associated with auditory processing) and Navi-Gator (a picture mapping program for communicating with young learners).

She has presented workshops all over the world on attention deficit disorders and central auditory processing and has offices in Roslyn and Manhasset, New York. For those seeking an APD assessment, Dr. Geffner is an excellent resource in the New York area.

On what leads most parents to seek out her services

For one, these are the youngsters who have trouble. They ask “what” a lot. They have trouble retaining information. They have trouble listening when there’s noise around. They have trouble with remembering directions, especially as they get lengthy. These are the kids who ask “what” and they often mishear words, so that if you said to them “go to the garage”, they heard garbage. “Put it in the cart,” they heard car. So many parents report that these youngster mishear and often get the information wrong, leading to miscommunication and often times difficulty, like “you never said it. No, I said it.” So it leads to a good deal of conflict with youngsters and with adults.

On why auditory processing is often misinterpreted as a behavior issue

It’s often misunderstood for ADHD, and they’re very much a look alike. What we do find, and it’s in a lot of my research, is that they do share very, very similar behaviors. Children with ADHD happen to have a higher incidence of figure-ground, that is discrimination in noise, problem. They also have the same problems with just in listening and following directions. So, the similarities are certainly to be considered.

Attention is very much a behavioral thing. So, for kids with attentional issues, they have the organization problems. Now, that’s not to say that kids with auditory processing do not, but it’s not the prevalent issue. The ADHD child is the one who procrastinates, fails to initiate, who is very disorganized. They have trouble with self-regulation, so that’s all very much manifested in their behavior and that becomes prevalent. A kid with an auditory processing disorder is not necessarily fidgety or boisterous or loud, or inattentive. Although they can be inattentive in the classroom, if the language is too difficult, and they just don’t get it. They daydream. It becomes harder to process what they’re listening to, and they start turning off.

On how auditory processing challenges impact the classroom experience

They look at the other classmates to determine what to do. They didn’t get the message. They go home with the wrong assignment. It gets too difficult, so they turn off and think “I can’t handle it”. And an auditory processing disorder in a youngster in a classroom, is a very silent disorder. It’s not that obvious. It’s a silent disorder. It’s not something that people can pick out easily. You know, an ADHD child, you can see it, especially if they’re the hyper-active type. The inattentive type of kids get diagnosed later on in elementary school. But the child with an auditory processing disorder doesn’t get picked out so easily.

On the ramifications of auditory struggles in the classroom

They’re the ones that go home at the end of the school day and {parent’s say}, “What did they teach you? {The child responds} “I don’t know.” {The parent says} “What did you learn today?” {The child says} “I don’t know. I don’t get it.” And the problem, also, is that their comprehension skills become impaired, because a lot of the information they’re getting doesn’t make sense. And the older child can’t take good notes, because they can’t capture the information fast enough. They can’t listen quick enough. So, auditory processing is not just the clarity of the message, listening under difficult conditions, or being able to filter out. It’s also in the temporal processing and the speed of listening. Some of these youngsters, they need more time to process the information.

We certainly do a complete assessment of their hearing. That’s the first thing. I can’t tell you how many times I find a child with a hearing problem. And certainly, that is a factor. We want to rule that out. But the other thing in an APD assessment is, we do a battery of auditory processing tests. And what that involves is a series of tests that, in a sound proof booth, that is developed and standardized.  They’re difficult listening conditions, because you have to make it difficult for the youngster in order to tap the upper auditory pathway. And that’s a key factor.

Just hearing a test, or hearing a tone, or hearing a word, doesn’t do it. It’s the ability to be able to listen with words that are competing, coming in both ears at the same time. Words that are staggered. You hear part of the word in one ear and another part in the other ear. It is sentences that are rapid. It is tones that you have to discriminate as being high or low or long or short. It’s the ability to do what’s called a gap detection test to recognize when one beat becomes two deep beats, making fine discrimination judgements.

On why a standard hearing test cannot diagnose processing concerns

A standard hearing test, you either hear the tone or you don’t and that’s it. That’s not going to tap upper auditory pathways. In order to tap the upper auditory pathways, you need difficult listening conditions like words that are muffled, words coming in both ears at the same time, words that are staggered, words that are fast, sentences that are fast, competing sentences in both ears, and then non language tests, such as gap detection or tonal patterning. To be able to tell if the tones are high or low or long and short.

I will have a number of young students who had difficulty with temporal processing, that is, in timing and in decoding, because I also look at reading decoding as a variable. Not everybody, not everybody does when they test auditory processing. But I believe that decoding is a very important part and related to auditory processing. It speaks to the child’s ability to read. His proficiency in reading.

And so, if I find those issues, then I will recommend the Fast ForWord program, and I find that those programs are very, very helpful. They are successful. And with the right kind of student, I find that it’s the intensity of the program that works. It’s the consistency that works and of course, we get results. And I think those results are valid.

I think people misunderstand the value of these programs. Sometimes they say “well, I heard, you know, it doesn’t work.” That’s not true. I think, for the right client and for the right type of deficit, these programs are very successful and any therapy that’s delivered with that consistency and that intensity can work.

On the impact APD assessment results can have on a learner

It makes a big difference, because they become better at listening and some of these youngsters need a listening device, like an FM system. Because, as a parent said to me, “Well, what do I do about it, he doesn’t hear clearly. He’s missing words.” You know, ironically, a child can come into the office and I introduce simple repetitions of words with them, cause I’m testing their working memory and they mishear the words. So, if I say to them “car, house, tree, floor” they might hear carton or cart for car or the for tree.

I sit with them one on one in a quiet room and bingo, this is what they’re getting. They don’t know they mishear it. All they know is what they heard and it becomes a vicious cycle because now they go home and they say “This is what the teacher said. She told me to turn to page 34. So, they don’t have the verification unless we help them and we instruct them to learn to verify, to repeat to get the clarity, and many times they need an FM device to help them get the clarity.

Parents need to advocate for their child. Often the school itself will not recognize these issues, but parents do, because the kid comes home at the end of the school day fatigued, tired, upset, and often times turned off to academia. And then it’s the parent who needs to be vocal to try to get the help and services.

And sometimes they have to go outside to get the evaluation. But they can bring back the data to the family and to the school “this is it, my child is struggling. This is what’s going on and we need accommodations” and accommodations help youngsters. I’ve had youngsters get all the way through law school and medical school with accommodations and they make fabulous doctors and lawyers. They just needed some extra help or some extra support getting the school on board with that.

On the importance of identifying the issue

And I think there are some very important messages here. One is you have to identify these kids early, which is very important. One of the tests I developed is the auditory skills assessment. And then that we can test children young. We don’t have to wait. And this is a very important message. We don’t have to wait until 7 or 8 to test these kids. That is a misconception. We have tests. We have information. We have data that tell us what children should be doing at young ages. If this child is not doing at 5 or 4 ½ or 4 is not doing what other youngsters his age is doing with his auditory skills then they should be tested, evaluated, and treated.

Children young do better in therapy because the brain is more plastic and the sooner we identify kids as being different from their same typically developing peers, those are the kids that we need to bring in and start remediation because the outcome is far greater.

Dr. Geffner’s advice to parents regarding an APD assessment or alternative action regarding auditory processing disorder is don’t wait.