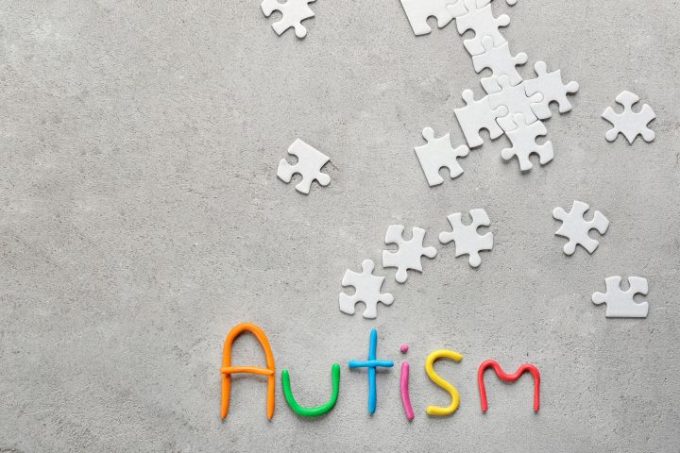 As a parent of a child or children with autism spectrum disorder (ASD), you may have noticed that around preschool age or even earlier, they’d cover their ears even when you didn’t think there was that much noise about. Maybe they hummed around people talking or other noises, or that those situations made them seem distressed. Perhaps they’ve not moved when you asked them to do something, even though you could ‘see’ they were listening.

Was the issue anxiety, compliance or the ability to make sense of what had been said?

Chances are your child may have since been diagnosed with an auditory processing disorder. Nine out of 10 people diagnosed with ASD have atypical sensory perception[1], which affects their social and communication skills as well as learning. That means they have a different way of perceiving the world through their senses such as hearing, sight, etc.

There’s been less research into auditory than visual processing in people with autism. This may be because it’s difficult to test auditory processing at a behavioural level in children with ASD, say researchers in the Developmental Science journal[2].  Such children may have “limitations in their ability to understand task instructions, attend to long and repetitive tasks, or plan and execute responses”. Researchers have tried to get around this by measuring the magnetic or electrical activity in particular brain cells as a response to sounds including speech. But it’s not clear cut and the results for children and adults differ. For example, electrical activity doesn’t always travel in a straight line, individuals’ brains, skulls and scalps vary, so the data might not be comparable.

What causes the auditory processing difficulties

The Autism Research Institute says while we don’t know the underlying cause of auditory processing issues in autism, they have a hunch. It centers on the hippocampus being “neurologically immature” in people with autism.

“The hippocampus is responsible for sensory input as well as learning and memory. In simple terms, information is transferred from the senses to the hippocampus, where it is processed and then transferred to areas of the cerebral cortex for long-term storage,” says the institute.

“Since auditory information is processed in the hippocampus, in people with autism the information may not be properly transferred to long-term memory.”

The sound: What it means and where it’s coming from

That means such people might be capable of clearly hearing a word such as ‘coat’ uttered, that they’ve been listening, but their brain lets them down in quickly retrieving its meaning. Importantly, they may not be able to perceive the source of the sound. Consider if you heard your child scream in pain, but couldn’t work out where that sound was coming from – how confusing and distressing would that be for you?

A study by researchers Skewes and Gebauer[3] found: “The result suggests that individuals with ASD may have trouble using contextual information to interpret the precision of auditory location cues. This may have consequences for sensory hypersensitivities, as well as the development of problems in social interaction and communication.”

The American Speech-Language Hearing Association recommends children undergo formal testing through an audiologist. Once you have a diagnosis, you can move forward in helping your child. You’ll receive advice on how to manage their auditory processing disorder at home and at school. Chances are you’ll need to do more than that, though. In short, you’ll need them to do exercises that makes them practice their reading and learning. After all, you’re working with a delay in them developing a cognitive skill.

Software therapies that offer children a range of adaptive exercises, which progressively get harder can work well. It should meet them at the point of need, then scaffold them to reach a little further. One such therapy, Fast ForWord, is powered by neuroscience. It paces learners through exercises that are the same as hearing millions of words in just a few months.

The program focuses on memory, attention, auditory processing and sequencing skills. It assists with listening, reading and learning and has been proven to make a positive difference in the lives of many students with autism. You can find out more about this accelerating reading and learning program here.

Additionally, you could look into other successful interventions such as augmentative and alternative communication strategies (AAC). In short, it is communication that isn’t speech but in another form that can help enhance or replace speech. These strategies help people who struggle to understand spoken or written language as well as speak it.

In short, you can help if your child has been diagnosed with an auditory processing disorder as part of ASD. There are options to assist with learning.