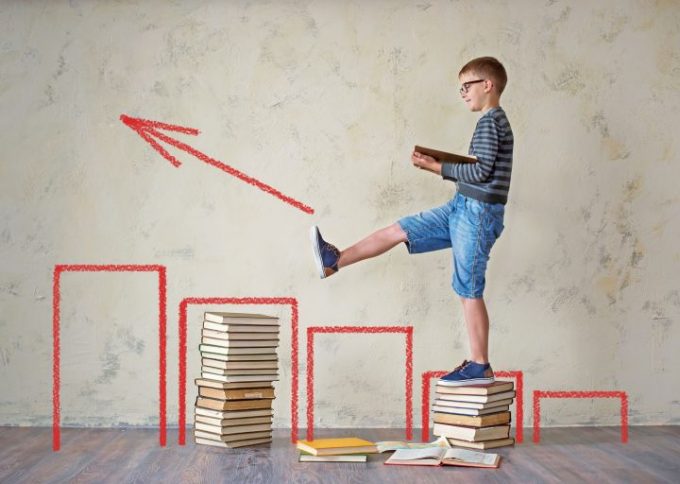 An Introduction to The Most Common Learning Disabilities

The first step in dealing with a learning disability is to identify the underlying source issue. Parents can use symptoms or checklists for APD symptoms, dyslexia symptoms or working memory symptoms  — very often these will give you all the information you need.

If your child is struggling at school or with reading, but none of these symptoms fit, you could consider an online cognitive assessment offered by our friends at Mindprint. As a last resort, you should ask your school for an evaluation and/or seek a private assessment.

Identifying a source issue is key.  If you can identify that underlying issue, there are effective methods to treat a range of learning disabilities, including the ones listed below.  The most effective treatments target the root cause rather than the symptoms, which means they tend to be one-time programs that make a permanent and often profound improvement.

Auditory processing disorder, also known as Central Auditory Processing Disorder, is a learning disability in which sounds are heard clearly, but the brain doesn’t process them correctly. It impacts language processing, which is at the core of all learning. This is listening to parents and teachers, inattentiveness and sounding out words (phonemic awareness) for reading.

For children with auditory processing delays, language can sound muffled, not unlike listening through water.  As you can imagine, this cognitive delay can be exhausting for a child. Listening in class requires constant concentration, hearing the sounds inside words is challenging at best.

Because auditory processing is a sound-based skill, it is relatively easy to exercise and build it using sounds.  Not surprisingly, there are a number of treatments for auditory processing disorder.  Fast ForWord is the leading software for APD, but it is not alone.  In addition to music-based Tomatis therapies and phonics-based software like Earobics, some of the center-based learning treatments like Learning RX and Brain Balance include auditory processing modules.

A common source of learning difficulties is a glitch in working memory, the ability to hold an manipulate information while thinking. Difficulties with working memory are known to impact ADHD and reading comprehension.  Working memory ability has also been shown to correlate to IQ.

One challenge with working memory is that the symptoms are subtle.  Even with successful treatment, these changes are often nuanced in the short-term.  Having said that, given the powerful impact that working memory has on learning proficiency, adaptive software programs that exercise working memory — Cogmed and Fast ForWord are the two leaders — are growing in popularity.

ADHD is the currently accepted terminology to describe all attention deficit disorders. Not all individuals will experience the same types of ADHD.  Some children display inattentiveness (called ADHD-PI, Predominantly Interactive), while others are prone to hyperactive symptoms (ADHD-PH, Predominantly Hyperactive).  Many experience a mixture of both —  for instance easily distracted, impulsivity and/or weak selective attention.

In general, ADHD is better described as a symptom of a deeper learning difficulty, not a diagnosis in its own right.  The most common causes of ADHD are language processing delays (which mainly cause inattentive ADD symptoms) and sensory integration (which causes mainly hyperactive ADHD symptoms).

Not surprisingly, the treatment options for inattentive ADD and ADHD-PH are different.  Inattentive ADD is best considered to be a language processing delay, using the highly effective treatments outlined above in the auditory processing disorder section.

ADHD-PH is tougher to treat.  It requires a tighter cohesion or integration of the left and right brain hemispheres, an integration that is hard to access and improve with exercise.  The main interventions to ADHD-PH use physical exercise — protocols that promote coordination and balance — such as Brain Gym, Balametrics and Dore.  BrainWare Safari, used by Gemm Learning in some cases, is a digital version of many of these physical exercises.

These is some research and anecdotal evidence that supports these programs, although you should be warned these physical regimens tend to take many months of consistent effort to get results.  It turns out that sensory integration is a much harder aspect of brain development to change, much harder than processing, memory or sequencing skills.

While dyslexia is a common learning disability, it is actually better described as a symptom. The reading and listening difficulties found in dyslexic children are caused most often by delays in language processing and sometimes by delays in visual processing. These delays are the real disability, dyslexia is the symptom of these issues.

Furthermore, for many years, dyslexia was considered to be a permanent condition, but because it its caused by cognitive skills that can be improved with exercise, dyslexia itself can be helped, often profoundly in just a few months.   By tapping into neuroplasticity, dyslexia treatments that improve so-called learning MAPS (working Memory, Attention, Processing and Sequencing) can quite significantly reduce the symptoms of dyslexia in both children and adults.

In the case of dyslexia, there are multiple treatment options using sound and visual therapies, home-based software and in-center treatments.

Because every child is different — different temperament, IQ, life experience, character and intervention history — the learning symptoms always appear unique.  But in reality, there are a few common learning disabilities at the heart of almost all learning difficulty.

And as we have seen above, most learning and reading problems can be traced to sound processing which impacts an understanding of phonics and undermines listening comprehension.

Sound processing is a cognitive skill and cognitive skills, like physical skills, can improve with exercise.  It follows then that common learning disabilities that are caused by cognitive skill delays can be improved with treatment, improved in a profound and lasting way.  These treatments can be life changing for the child who lives with the daily frustration of disappointing his parents and under-achieving his potential, and life changing for the parent who has to provide added support throughout a school career to compensate for these untreated disabilities.

The learning solutions offered by Gemm Learning address the underlying causes of learning disabilities, helping children and adults at all academic levels build learning and reading efficiency and confidence, and foster a love of learning.