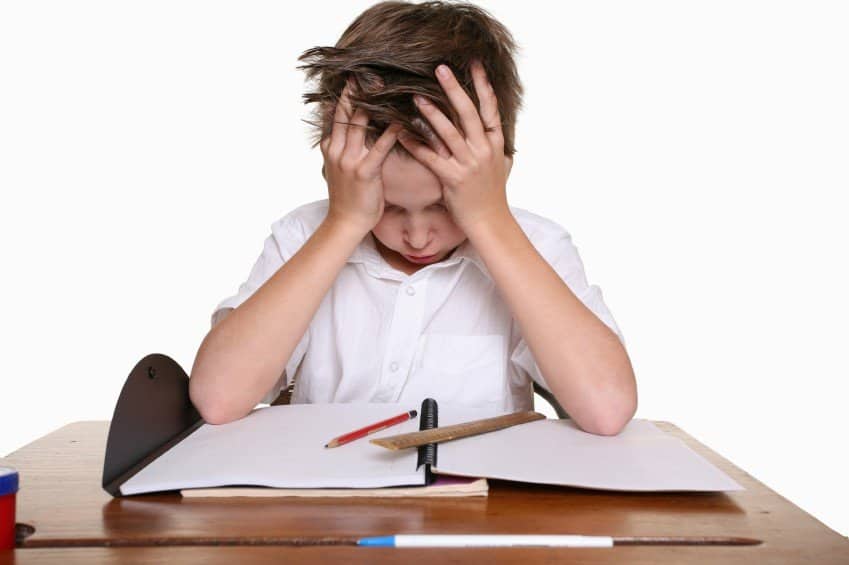 You’ve probably had the frustrating experience of trying to carry on a conversation over a cell phone with weak reception. Words or even entire sentences get cut out. Sounds get jumbled together. Static intrudes into the conversation. Sometimes, with some work, you can use context to piece together the bits of speech that got cut off. Other times, you guess wrong or you just don’t have any idea what’s been said.  This is what auditory processing disorder sounds like.

And for children and adults with Auditory Processing Disorder (APD) this muddiness of sound is big part of daily life.  APD is an auditory cognitive problem — it’s where sounds are heard accurately, but not processed or understood accurately. This is particularly challenging when processing language, since the phonemes that make up language are so similar.

Most people with APD have normal hearing, but their brains have trouble interpreting auditory signals and parsing speech. Sounds blend together and become muddy – or they go by without making any sense. Two other ways to think about what APD sounds like:

For adults every conversation is a struggle,  particularly in noisy environments — difficulty with background noise is the most common of all auditory processing disorder symptoms.  For children, conversations, following directions, listening to the teacher in class, hearing the sounds inside words when learning to read — it’s all a struggle.

As a consequence of their inability to separate foreground and background sounds, people with APD find that their ability to listen deteriorates much more quickly in noisier environments. Having APD is a little like constantly living in an extremely resonant echo chamber: if there’s just one person talking in the echo chamber, it takes effort to follow what they’re saying and you might miss words here and there, but you can still follow along pretty well. If you add more people or other kinds of noises to the echo chamber, it doesn’t take long before everything turns into an incomprehensible mush of sound and you have trouble grasping onto anything anyone is saying.

Of course, this isn’t to suggest that people with auditory processing problems don’t understand anything that’s said to them. But keeping up with what’s being said takes far more work for those who have APD than those who don’t. Just think about the echo chamber, or about trying to listen to the radio through static – you might still be able to decode what you’re hearing, but it takes more effort.

And because the act of listening takes concentration, less brain bandwidth is available for comprehension. The cumulative effect on learning caused by the distraction from listening can be quite dramatic.

Hearing Loss At Any Point Creates Risk Of APD

While physical hearing difficulties are different from APD, there is a connection.  Children with hearing problems in early in life do not get practice hearing and then processing sounds — mainly language sounds — eventually leading to auditory processing delays.  This includes temporary hearing loss due to ear infections or glue ear, as well as more permanent issues.

Most of the time, hearing loss issues cause clear speech and language delays which result in the child receiving professional attention, if not at home, then almost certainly at school.  However, some sources of hearing loss — ear infections, for instance — are less severe in their outward impact, i.e., no speech delays, but can undermine auditory processing skill development just as easily.

These are the children where auditory processing delays go unrecognized until much later in life, when reading becomes a real struggle and/or other learning issues develop.  Because APD is almost synonymous with language processing disorder, APD is at the source of a quite a few language-based learning skill delays, most notably reading problems, including dyslexia and inattentive ADD.

APD Can Be Hard To Detect

The relatively large portion of people with APD who slip under the radar can be explained by the fact that APD is hard to pick up on from the outside, particularly if there are no speech delays.  Children with APD mostly do fine on hearing tests and are actually more likely to have especially sensitive hearing. Their disability isn’t one rooted in the way their ears are working but rather in the way their brain is making sense of the input it gets from the ears.

However, the fact that APD can go unnoticed from the outside doesn’t make its effects any less serious. Being able to listen is a crucial skill in our society, so any disorder that compromises people’s ability to interpret speech sounds will be disabling across a whole range of settings.

In the classroom, students with APD have real difficulties following lectures. It’s not that they just can’t pay attention or that they can’t understand the concepts being discussed; it’s that their brains just can’t organize all the sounds they’re hearing. The teacher might as well switch at intervals into lecturing in a foreign language.

For the same reason, aspects of social situations and everyday conversations that most people take for granted can be challenging for people with APD. And in the workplace? Well, you can imagine that having trouble understanding even simple verbal instructions can cause problems.

While APD is essentially a listening problem, listening is the basis of language learning, so the disorder can also translate into problems reading and expressing oneself through speech. For example, people with APD have trouble distinguishing between different sounds. They can also skip over entire syllables in words and often mix up the order of sounds they’re hearing. As a result, children with APD have problems distinguishing between different words, which in turn makes it harder to learn to read or to choose words while speaking.

Another symptom of APD involves not being able to pick out specific sounds from background noise. In a room where multiple conversations are happening, for instance, someone with APD might have trouble separating the voice they’re supposed to be listening to from all the other voices in the room. Similarly, someone with APD walking down the street talking to someone else might have trouble focusing on what’s being said rather than the sound of cars passing by in the background. Thus, there is overlap between APD and other disorders involving attention problems like ADHD.

Students with APD may have to put so much energy into just understanding what their teacher’s saying that they have limited cognitive resources left over for actually engaging with the concepts being discussed. Listening should be automatic, requiring no effort.  But for them, listening does require concentration and so they struggle to listen and think at the same time.  This means a lot of material is missed or not understood.  This makes listening in class at best exhausting and at worst, uninteresting since so much is missed.

When you imagine living an everyday life with constant static running where sounds interfere with each other and words sometimes come across as totally meaningless, you can start to see why a disorder so hard to spot from the outside has such far-reaching effects on people’s lives. Listening itself is a crucial skill in school, social settings and the workplace, but the fallout from APD goes beyond listening into reading, speaking and remembering.

APD is an unseen disability, but the improvements that come with treating it are very tangible.  Improved auditory processing has the effect of:

Being able to listen effortlessly is a blessing that should not be taken for granted. To see if Gemm Learning can help you or your child, request a demo or give us a ring at 1-877-914-4366 anytime.