Autism and Parenting: One Mother’s Journey 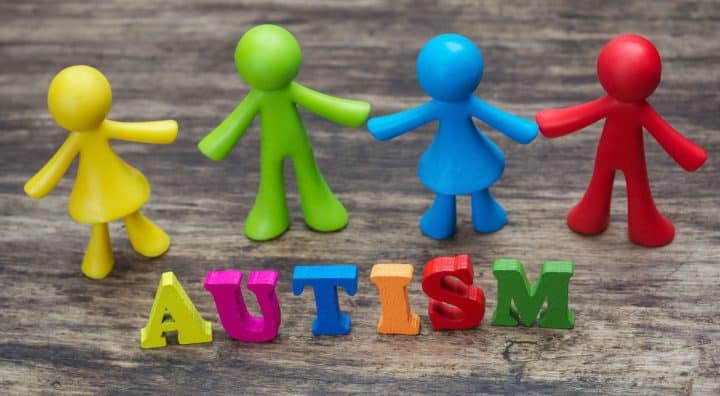 Melissa is a married mother of three. She worked as a long-term substitute for a resource teacher and the Director of Education for a learning center in New York before joining Gemm Learning. Her middle child, Tommy, is nonverbal and was diagnosed with autism spectrum disorder (ASD) at age 2 and ½. I recently spoke with Melissa about the joys, challenges, and lessons learned. She spoke candidly about her journey with autism and parenting.

From Symptoms to a Diagnosis

Before having her son, Melissa’s knowledge of autism was limited. Lack of eye contact and difficulty with social interaction were prominent commonalities that she knew to look for. They were also behaviors she didn’t observe in her son. Tommy always had excellent eye contact, developed close relationships with people, and was affectionate with certain family members. He made sounds like mama, dada, or baba initially. Though he didn’t repeat things, and eventually lost the few sounds he had made, Melissa and her husband were not overly concerned. They knew there was a history of boys in the family not talking until 2 or 3 years old, and that both gender and being a second child could play a role. Tommy was also very vocal. He “made a lot of noise”, so they thought he would talk eventually.

During her son’s 2 year well visit, Melissa and her husband talked to the pediatrician about Tommy’s lack of speech. They were concerned about developmental delays, and so Tommy’s doctor recommended early intervention services provided by their state. The evaluation team included a Speech and Language Pathologist (SLP), Physical Therapist (PT), and Occupational Therapist (OT). Each came to Melissa’s home to complete an evaluation, then recommended services.  They were surprised to learn that, despite being very mobile, Tommy didn’t have motor planning skills yet and had difficulty with balance. When Melissa expressed frustration about not knowing the cause of these delays, she was advised to visit a neuro-developmental pediatrician. The appointment came three months later, and Tommy was diagnosed with Autism Spectrum Disorder.

With a Diagnosis Came Understanding

Melissa and her husband were stunned. They learned that the noises Tommy made were actually examples of vocal stimming or repetition for self-stimulation, and not purposeful sound. She describes her son’s laugh as infectious and says it is “this bubbly laugh that just overtakes him”. He would laugh all the time, so Melissa and her husband interpreted this as a sign that Tommy was finding humor in his surroundings and understanding what was going on. During the meeting with the neuro-developmental pediatrician, they learned that this behavior was actually a sign of autism. Melissa describes learning that this “beautiful expression of happiness” wasn’t something that Tommy could control or meant to do as one of the hardest things for her to accept at the time.

One of the things Tommy enjoyed most when he was younger was to play with a set of toy plates. He would come downstairs every morning, for months, and spin the plates around. After the evaluation, they discovered that this type of play was also characteristic of children on the spectrum. The pediatrician observed Tommy playing and noted that things like looking at a toy car, rather than moving it back and forth or going “ vroom,  vroom” were also indicators.

Upon hearing and ultimately processing the news of her son’s diagnosis, Melissa knew that with her education background and family support, they would be able to help him at home. Her biggest fear was that Tommy would be pre-judged.  She worried about others and didn’t want him treated differently.  She didn’t want people to say, “He has autism. He can’t do that.” She knew his potential for learning and growth was still tremendous.

Challenges Come in Many Forms

Among the unexpected challenges Melissa and her family have faced, she notes that lack of sleep stands out. Until nine months ago, Tommy was up 2 to 5 times a night, sometimes for hours at a time. Some nights he just wanted to be held until he fell asleep again. On others he would scream and thrash around for hours. The stress of not knowing what was causing his distress, combined with the constant of lack of sleep, seemed almost unbearable at times.

Being out in public presents a different set of challenges, especially when Tommy’s senses get overwhelmed. For example, if a place is too noisy, it can be very stressful and upsetting for him.  His cries draw attention, and people aren’t always informed or understanding. Once, they were asked to leave a venue because a woman said Tommy was being disruptive.  People have a tendency to think that being nonverbal means that Tommy doesn’t understand what they’re saying, but his receptive language is excellent. At times Melissa has noticed him repeatedly being picked last, as though the activity leader assumed he wouldn’t mind. His teachers had a hard time adapting to some of his behaviors, at first, so his therapy coordinator brought in a book called My Friend with Autism, by Beverly Bishop. Melissa and her husband shared the book with their oldest child as well and found it very helpful.

Another challenge Melissa shares is that Tommy will run off if something piques his interest. Her biggest fear is that he will take off, and they will lose him, especially since Tommy can’t tell anyone his name or his parents’ yet. She created ID tags and cards with important family names and their phone number that she places in all of his jackets, backpacks, and even pants pockets or shoes at times. They have also started using backpacks with straps that everyone can hold onto and wristbands that connect him to an adult when in crowded places. This often leads to stares or judgmental looks from others, but keeping her son safe is what’s most important.

While Melissa refers to all of Tommy’s intervention services as invaluable, it is the ABA (Applied Behavior Analysis) which she’s found the most beneficial. Tommy has been going for about a year now and his progress is “off the charts”. He’s advanced further with ABA than with anything else. Her biggest regret is that he didn’t start sooner. It was originally explained to her as behavior modification therapy. But Tommy’s behavior wasn’t an issue, so she didn’t recognize the need. In actuality, Melissa found that ABA “encompasses so much”. He gets vocabulary development, learns about naming objects and categories, practices his speech, gets skill development, and learns how to play games and interact with others. He learns the purpose of things. The list goes on and on.

Because they don’t have a network of doctors in their area who have experience with autism, Melissa credits recommendations from friends and books that she’s read for other treatments tried.  In addition to ABA, Tommy gets weekly chiropractic adjustments, and craniosacral therapy. They use essential oils, he takes Epsom salt baths, and has weighted blankets for sleep and a weighted vest for school. Weighted items aren’t recommended before the age of two and have safety guidelines based on the child’s weight and blanket or vest size. (At 40 lbs, Tommy’s vest is about 4 lbs.) Tommy needs pressure on his body to calm himself down. The weighted items feel “almost like he’s got a hug wrapped around him.”

Tommy also takes a special probiotic with digestive enzymes and an anti-fungal along with magnesium supplement. The supplements work on healing his gut and healing candida or yeast over growth. He started taking them four months ago, and in that time Tommy’s language has “exploded”. Although he’s still considered nonverbal, at four years old he is now repeating everything. He can say the whole alphabet, numbers, and colors. His articulation is still developing. Currently, he is speaking at a 2-3 year old level. Melissa shared, “He says so much though. He’s naming things and he will say pick me up, get down, pee pee on the potty.”

Over the past two years, Tommy has made numerous gains in other areas as well. His focus has improved a great deal and social interaction is developing. Tommy is learning how to climb on things like a typical young boy, his language is taking off, and he is sleeping better. He now plays with some toys in a more typical fashion and has fewer meltdowns. Tommy is learning how to hold hands and walk with his parents too, but that is still “a work in progress”. He is showing more of an interest in his siblings, snuggling with his older sister at times or playing Ring Around the Rosie, and has learned to take a breath and plant a gentle kiss on his younger sister’s head when frustrated.

At the end of our conversation, I asked Melissa about advice for other parents who either have or suspect a diagnosis of Autism Spectrum Disorder. She responded by encouraging families to put things in perspective. “Our children are healthy, amazing, unique and special. They crave love and affection as much as the next child, even if they can’t show that to us. If you suspect that your child has autism, see a neurodevelopmental pediatrician and get a diagnosis”.

Melissa stresses, “Even though it may be scary at first, it’s the diagnosis that opens doors to get treatment. Seek out as much information as possible. You have to be your child’s advocate. It’s extremely difficult to watch your child struggle. But the reward of seeing your child improve in ANY way makes it all worth it. If your child is nonverbal, keep talking to them. All the time. Repeat yourself constantly. Label and name everything. Immerse them in language- books, movies, conversation. Because they are taking it in. And don’t blame yourself.  Nothing you did caused their autism. Also, seek out support. Find other families who have a child on the spectrum.  Read as many books as you can about autism, therapies, treatments, promising research in the field, and other families’ experiences.”

Lastly, Melissa recommends, “Become an expert because you will be your child’s number one advocate, cheerleader and supporter. And don’t give up on them.”

Melissa expects Tommy will no longer be considered nonverbal in a year’s time and describes her son as smart, resourceful, sweet, funny, caring and determined. “He tries so hard to do things that for you and me come very naturally.  He has a beautiful, infectious laugh and a big heart. Even though he may not be able to tell you what he wants, you will still know. He doesn’t give up and loves to learn.” When asked what she loves most about him, “everything” was her emphatic reply.