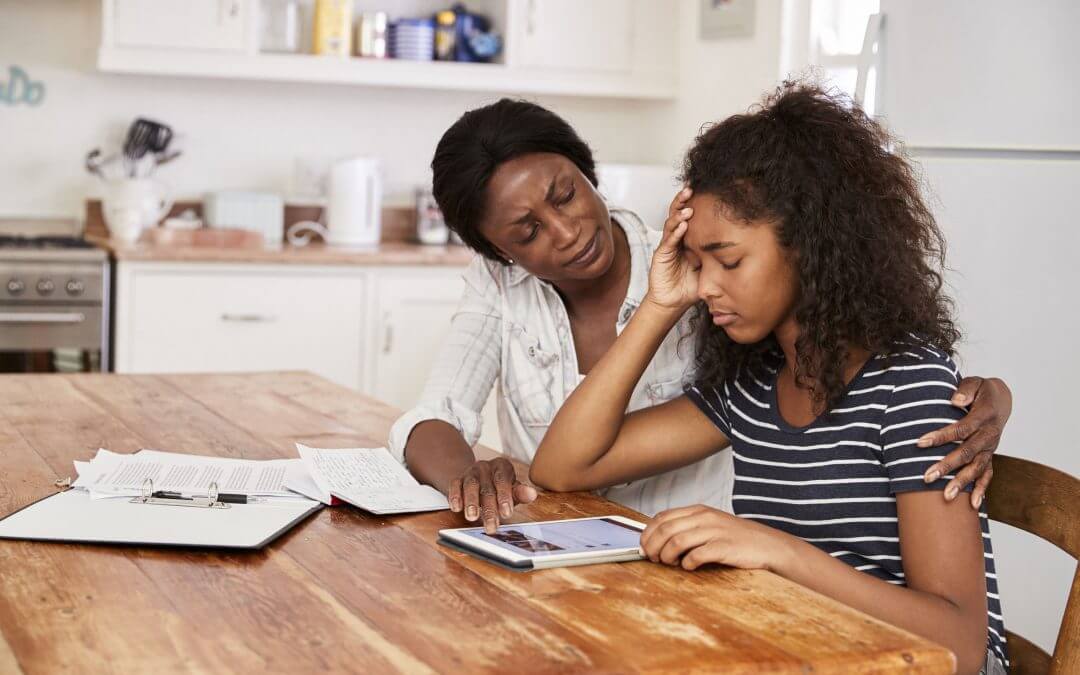 “… when you think of dyslexia as a symptom of deeper language processing issue, then it’s not that surprising that it’s almost never alone.”

Your child might have struggled with learning to read for a while before they were diagnosed with dyslexia. But a learning difficulty or disability diagnosis (or what schools would label as an identification) of dyslexia doesn’t necessarily mean smooth sailing from here on in. There’s a lot to navigate.

First, about dyslexia. Up to one in 10 people have dyslexia, making it the most common learning disability. The issue is processing language and the origins neurobiological so it’s not related to IQ and it’s rarely a vision-based disability. Here’s a website that will give you a decent inkling of what it’s like to have this language processing disorder yourself.

The theme of this blog post is that dyslexia loves company. And you read that right. It’s the diagnosis that seems like it buddies up with other disorders, conditions, and symptoms. We’re not talking about a social group for dyslexics.

So, let’s identify dyslexia comorbidity. Or as we call them, dyslexia’s buddies. The NIH defines comorbidity as when “multiple chronic or acute diseases and medical conditions” occur within one person. Still, within the medical field, you might have heard of dual psychiatric diagnoses where two different disorders co-exist, but neither is predominant.

The concept of ‘comorbidity’ is useful here, but take it with a grain of salt. It really sits within the realm of medical diagnoses. In dyslexia, we talk more about multiple deficits. Those with the disorder don’t usually have one deficit (such as a lack of phonological awareness), but many (including, for example, phonological decoding impairment or ADHD).

For people with a diagnosis of dyslexia, it might feel like a domino effect – once you have one diagnosis, others may follow. Keep this in mind. Diagnoses are mainly symptom descriptions. They describe different behaviors. They are rarely an actual learning ailment. Think of a scale – a child might have a generic reading difficulty and when you move up to the more severe part of the scale, that’s when it would be called dyslexia.

And when you think of dyslexia as a symptom of deeper language processing issues, then it’s not that surprising that it’s almost never alone.

While dyslexia is defined as a reading disorder (because the vast majority of dyslexia cases are caused by language processing delays), most lists of dyslexia symptoms include items such as struggling to hear the teacher in class, or inability to hold multi-step directions.

And so this post is not about the language delay comorbidity.  Those are almost always given.

Comorbidity With Dyslexia – The Stats

Here’s a list of issues that can occur with dyslexia and their likelihood:

Let’s unpack a couple of those ‘buddies’- anxiety and balance.

Stressing out over dyslexia

According to the International Dyslexia Association, regarding dyslexia comorbidity (excluding language processing-related issues), stress and anxiety are common. They often go hand in hand with dyslexia. That’s because your child with dyslexia may have trouble getting their head around why they struggle with learning to read and processing language so much. They may experience frustration, little success from putting in mammoth effort, blame themselves, suffer low self-esteem, and cognitive overload trying to overcome the struggle that schoolwork presents.

The association says: “Individuals with dyslexia may have learned that being in the company of others places them at risk for making public mistakes and the inevitable negative reactions that may ensue. It makes sense, then, that many people with dyslexia have become withdrawn, sought the company of younger people, or become social isolates.”

On the balance of things

Researchers have been puzzling about a possible link between dyslexia and balance. One study estimates that about one in five adults with dyslexia has balance deficits. They’re considered separate symptoms of the disorder. One theory holds that the balance deficit originates from a cerebellar impairment (the cerebellum sits at the back of the brain and is responsible for coordination and balance).

A lack of balance is the sign that the source of dyslexia is sensory processing disorder.

Researchers are still working out why there are overlaps between dyslexia and some of those other disorders and symptoms. It’s a bit chicken and egg currently – which came first or are they inheritable?  Dr Fomiko Hoeeft talks about why it’s important to know more about the overlap in symptoms.

“With more research, people can hopefully identify how to really get at one or other without necessarily over treating if you don’t need to. If you had the right support for dyslexia, maybe you won’t need the ADHD medication, for example, or some kids might really get help from both,” she says.

It might seem overwhelming that as a parent of a child with dyslexia, you not only have to manage those symptoms but perhaps many others. There is a way through this. Focusing on the underlying cause of dyslexic – language processing impairment – is the way forward.

The comorbidities that exist with dyslexia are the best indicator of treatment choices.  If balance is an issue for instance, then OT and balance-based therapies can help.  If there are no balance issues, then more than likely, the source of difficulty is language processing delays.  In that case, a treatment like Fast ForWord at Gemm Learning is worth investigating.