Some took strength from their battle with dyslexia and succeeded 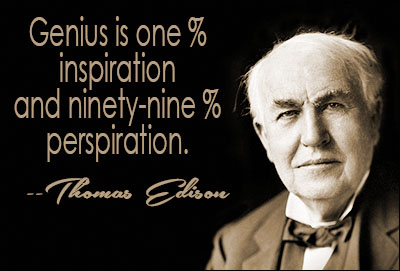 The most important educational experiences of childhood involve taking on a challenge that is successfully mastered and recognized as such. This builds the essential attitudes for success in life: creativity, perseverance, optimism and confidence.

Overcoming dyslexia is one such opportunity. Children with dyslexia are presented with just such a challenge. The key to success is the toolbox used to overcome dyslexia and the added skills learned along the way to succeed despite the dyslexia.

There are numerous compensation strategies that can be implemented. And most of the famous people with dyslexia mentioned here learned to work around their dyslexia. They developed the internal fortitude to learn to read despite the every day struggle of doing so or they were lucky enough to have talents that allowed them to pursue careers where reading was less important.

Working around dyslexia also taught them to be creative and persistent, there’s always a way.

Dyslexia  impacts self confidence. A student who struggles with the act of reading is aware of the struggle. He is aware that he “sounds stupid.” He knows that the giggles are directed at him. The hardest struggle may not be with dealing with the dyslexia, it may be with rebuilding the confidence of the student.

And to the success of these famous people with dyslexia should not be under-estimated. They was no dyslexia help for them growing up.

Here is what they have to say.

“I hated school . . . . One of the reasons was a learning disability, dyslexia, which no one understood at the time. I still can’t spell . . . “ – Loretta Young

“I never read in school. I got really bad grades–D’s and F’s and C’s in some classes, and A’s and B’s in other classes. In the second week of the 11th grade, I just quit. When I was in school, it was really difficult. Almost everything I learned, I had to learn by listening. My report cards always said that I was not living up to my potential.”  – Cher

“My teachers say I’m addled . . . my father thought I was stupid, and I almost decided I must be a dunce.”  – Thomas Edison

The problem is not insurmountable. Many of these same people credit dyslexia as the secret of their success.

“Life is full of challenges. How you handle these challenges is what builds character. Never be afraid to be who you are.”  – Erin Brockovich, activist, dyslexic

“My learning disabilities pushed me to discover talents that I wasn’t aware of having. It has also led me to develop products to help others who struggled through school as I did.” – Reyn Geyer, inventor of Nerf balls & Twister

Lessons for Parents of Dyslexic Children

These, however, are the positive outcomes of a select few.

The parents of today’s dyslexic child have more choices: there are cognitive intervention programs that get to the heart of dyslexic struggles rather than working around them. One such program is Fast ForWord, a proven dyslexia treatment using sophisticated algorithms that adapt to every click, adding speed and complexity at each student’s own pace.

Call Gemm Learning to find out if your child is a candidate for our dyslexia program.