How Technology Is Changing Treatments For Dyslexia

The two most well known advances in technology related to dyslexia are coping tools — Dragon Naturally Speaking dictation software and the Livescribe smartpen which records lectures and photographs notes to facilitate note taking.  However, a far more profound use of technology is occurring in treatments for dyslexia. The improved processing power of computers is providing the adaptivity and intensity needed to tap into the potential for neuroplasticity to rewire learning.

While most educational software boils down to automating existing teacher instruction, a new strain of learning software taps into neuroplasticity, using responsive algorithms a human teacher could not match.

These new approaches, best represented by programs like Cogmed and Fast ForWord, allow students to access and exercise the cognitive skill delays that cause dyslexia or other learning difficulties. 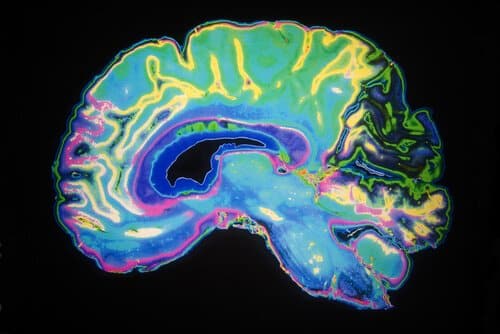 fMRI’s Let Us Watch The Brain In Action

The invention of the fMRI in 1991 has had a profound impact on advances in our understanding of the brain and how it learns.

This makes it possible to see which parts of the brain are used for any given task, to compare one brain to another and to track the efficacy of a treatment by tracking changes in how a brain functions over time.

This is a fantastic step forward.

The Impact of fMRI’s on Treatments for Dyslexia

Before the fMRI, there were a lot of theories and guesswork around neuroplasticity, defined as the ability of the brain to change with the right stimuli.  In fact, until the advent of fMRI there was no consensus on whether the brain could improve function at all, i..e, whether learning was fixed or whether learning disabilities could in fact be helped or even resolved.

Prior to the fMRI there was a lot of supposition around how the brain learned and how it performed the reading function.  While cognitive researchers like Dr. Paula Tallal, a co-founder of Fast ForWord, were able to make progress testing theories that connected reading skill to language processing skills, the research around how we read really took off after the introduction of the fMRI.

Scientists were able to see the activity in the language regions of the brain, confirming new theories of that time (the early 1990s’s) that reading was primarily a language skill.  Hence, the most effective treatments for dyslexia would come from addressing language processing, not vision problems as was previously thought.

Since the fMRI, pre- and post-images of various treatments for dyslexia and other learning issues are confirming that it is indeed possible to activate new learning pathways, to move the fMRI scan of a dyslexic in the direction of the scan of a good reader with more activity concentrated in language regions.

Computer Processing Has Made Tapping Into Neuroplasticity Possible

By the mid-1990’s scientists knew that neuroplasticity was real, opening a window of new possibilities for struggling readers and learners.  It was also understood, mainly through studies involving the relearning of skills in stroke victims, that promoting brain change required adherence to certain principles.

Borrowing from lessons relating to muscle building, the principles for tapping into neuroplasticity are:

Adherence to these principles was for many years only achievable through one-on-one interactions, and even then the imprecise reactions of teachers meant the incremental steps were too large and/or uneven.

Advances in computer processing changed all that, starting in the late 1990s.  Until then, algorithms that instantaneously respond differently depending on a right or wrong answer were only available on super computers.  However,  since then  personal computer processing power has exploded, making home-based software interventions for dyslexia and other learning difficulties a reality.

These adaptive algorithms meant shaping could take place, leading the student to higher performance in every session, as well as intensity, the ability to present a large number of trials in quick succession, all around the student’s sweet spot.  This technology has had a profound effect on the viability of treatments for dyslexia.

Improvements in processing power has also improved graphics and other computer-game features making learning software more engaging for students.  This usability addresses the frequency requirement for brain change.  Being able to present a compelling computer-gaming feel promotes regular student attendance, meaning they will put in the time required to reap the rewards.  Most studies put that time requirement at a minimum of 20 hours, which for most programs means 40 sessions over roughly 2 months.

No Pain, No Gain

While technology is making it possible to tap into neuroplasticity to treat dyslexia, technology cannot overcome biology. Creating new neural pathways sufficient to change the way a brain learns is not an easy feat.  It is very possible, but not easy.  For instance, a few minutes a day online at a website like Lumosity every now and again will not be enough to make a difference.

Treatments for dyslexia require language processing and reading targeted exercises to be completed regularly (frequency) for at least 20 hours with adaptive algorithms that keep the student working at the very highest level (intensity).  Most have exercises that work on cognitive and reading skills along an upward trajectory, a staircase, making steady progress each day in tiny increments (shaping).

Research into interventions for dyslexia is going on all over the world, predominantly focusing on this neuroplasticity opportunity.  As of today only a handful of interventions, including Fast ForWord, LearningRX and Lindamood Bell meets the dyslexia program standards outlined above, recognized as the minimum requirements to produce significant and lasting change.  That’s not to say other programs are not effective, just that they do not have a basis in neuroplasticity.

All of these programs have something in common — they are full on.  They all require regular participation and engagement over the course of their programs, which vary in length depending on the daily time requirement.  As stated above, 20 hours of work is considered an absolute minimum.

Program choice depends on the child and the family’s preference for reasonably expensive but intense in-center programs like Lindamood Bell or LearningRX or for a more reasonably priced online program like Fast ForWord. Our inclination is not to recommend, but rather what to avoid.  There are no easy fixes here.  All effective dyslexia treatments have one thing in common — they all require a good amount of consistent effort.  This pretty much excludes home-based treatments unless there is remote supervision.