More Proof That Dyslexia Is Not A Visual Problem

New Research Breaks Link Between Vision and Cause of Dyslexia

An enduring myth in the world of  learning is that the primary cause of dyslexia is delays in visual processing, mainly because the classic symptom of dyslexia is switching of b’s and d’s which on its surface appears to be a vision issue.

Scientists have known for many years however that the reason dyslexics switch letter sounds is not that they mix them up visually, it is that they hear them as the same. 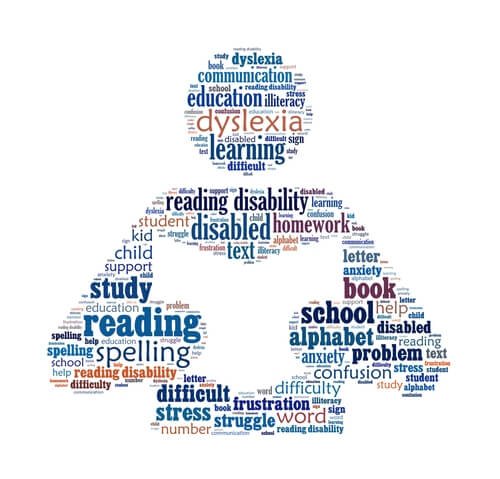 Neuroscientists at Georgetown University Medical Center have possibly produced research, reported in the journal Neuron in June 2013, that will finally mark the end of this misunderstanding about dyslexia.

The cause of dyslexia is important as it becomes the basis for treatment and learning accommodations.   And because vision-based approaches don’t work, there is a general perception that dyslexia is something you have to learn to live with, that it cannot be effectively treated.

The Debate Around Dyslexia and Vision

Experts who support the idea that dyslexia is related to visual processing focus on issues such as skipping words and reading b’s as d’s and vice versa.  They then look to correct visual disorders using colored transparencies or colored glasses which change how the child reads words on the page.

Because reading requires sight these theories and treatment options have resonated with parents.

Over the past 25-30 years, however, an avalanche of research has established that reading is a language skill and that almost all language skills stem from difficulties in auditory processing and phonemic awareness. The link between dyslexia and auditory processing has been backed up by all kinds of studies, including correlations between early processing and listening issues converting into dyslexia in later life, and fMRI scans showing that students with dyslexia have less activity in the language parts of the brain.

Nevertheless, despite all of this research, the myth that dyslexia is a visual difficulty has persisted.

Researchers at the Center for the Study of Learning at Georgetown University Medical Center used functional MRIs to compare the brains of dyslexic children with the brains of children who don’t have the learning disorder.

Children without dyslexia appeared to have the same level of visual processing activity as dyslexic kids, when matched by reading level instead of age, they found.  Meanwhile other studies show consistent and distinct differences in language processing between dyslexic children and skilled readers.

Further, the Georgetown study showed that children with dyslexia who received intensive tutoring in reading skills experienced a subsequent increase in visual system activity.  In other words, visual difficulties are most often caused by the weak reading skills — the lack of practice in eye tracking, for instance.  And so when reading skills are improved visual skills improve also.  They are not the cause of dyslexia.

The study concludes that vision issues should be used as a symptom of dyslexia, but not targeted directly in treatment of the learning disability.  These findings will help teachers and parents understand more about the true nature of dyslexia and help them treat it accordingly.