A Safe Learning Environment Is Critical to Student Success 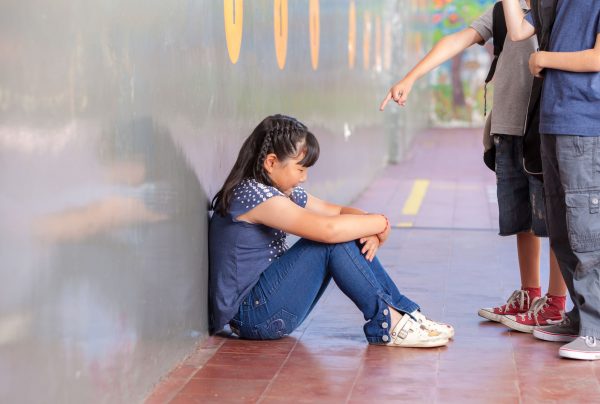 The learning environment plays a critical role in student success. Classroom teachers do their best to control the physical aspects, like accessibility of materials, desk arrangements, and seat assignments. They also establish rules and expectations, setting a general tone intended to make all students feel welcome and supported. However, the way in which students interact with one another, in and outside of the classroom, is just as important. As awareness of bullying increases, we learn more about its impact on student learning.  A UCLA study from 2010 found that students who are consistently bullied will perform significantly lower than their non-bullied peers in school.

Insults, rumors, threats, being shoved, kicked, or spit on, exclusion, the destruction of property, or being pushed into doing something you don’t want to do are all examples of bullying. Unfortunately, they are also all examples of behaviors many students deal with on a regular basis. According to the U.S. Department of Justice, “160,000 students per day do not attend school for fear of being bullied”. The National Center for Educational Statistics found that more than 1 out of every 5 students (ages 12-18) reported being bullied during the 2014-2015 school year. That means that even a student who has never been bullied or tried to intimidate or harass peers, has likely witnessed it happening to others. And students who experience or witness bullying often experience anxiety, depression and other related mental health problems as a result, affecting behavior at school and home.

While anyone can be a victim of bullying, a common reason individuals are targeted is they are perceived as different. These differences are often attributed to physical appearance, social behaviors, orientation or learning challenges. Victimization can start as early as elementary school and take on a mob mentality in which individuals who might otherwise never take part, choose to either join in or remain silent as peers are mistreated for fear of becoming targets themselves. The fear and shame associated with bullying can make students incredibly adept at hiding it. And even the most involved and observant adults may still miss the signs. While schools with anti-bullying programs have observed a 50% decrease in incidents, more bullying is reportedly stopped by peer intervention than that of adults.

From the day they are born, we aspire to protect our children from harm and see them achieve their dreams. We teach them to respect others, celebrate differences, and recognize the commonalities we all share. But “Treat others the way you want to be treated. Sharing is caring.” and other sayings of youth can get lost in the abundance of outside messages and observed behaviors. Social media and easy access to cameras, video, and quick forms of mass dissemination, have only increased the problem. The anonymity of a computer screen can empower people to behave in ways they would never consider otherwise.

Talking to children about what to do when they see or experience bullying or are tempted to engage in the behavior themselves is one way to prepare them for potential future encounters. This may open a line of communication that lets them know they are not alone and can come to you about the subject, if needed.  2/3 of bullied students become bullies themselves, making these conversations all the more important. Students need healthy ways to express their concerns, frustrations, and insecurities, and to recognize the potential repercussions of their actions (including legal ramifications for the bully, and self-harm of the victim).

Sites like Stopbullying.gov, preventingbullying.promoteprevent.org, and Itgetsbetter.org offer an abundance of resources for parents and students concerned with bullying. There is also a great deal of literature that tackles the subject in ways that humanize all parties involved. Books like Flying Solo by Ralph Fletcher and There’s a Boy in The Girl’s Bathroom by Louis Sachar focus on recognizing that there’s more to everyone than what we may assume at first, and that reaching out and befriending someone can mean the world. Chrysanthemum by Kevin Henkes has a positive message about celebrating individuality and The Hundred Dresses by Eleanor Estes helps illustrate the importance of speaking up when others are mistreated. Additional titles on this subject can be found on the following sites:

Every Child Should Feel Safe at School

As much as we would like to, we can’t shield our children from all of the challenges that come with growing older. But starting a conversation about bullying, and continuing the conversation as classrooms and peers change, may help them deal with it. It might even inspire them to help others. As the former Secretary of Education, Arne Duncan once said “Children cannot get a quality of education, if they don’t first feel safe at school”.