In a recent New York Times article, columnist Nicholas Kristof  wonders whether we are spending  adequate resources on early education. We believe the answer to this question is a resounding “no”.  Our vision is to target skill gaps early on using interventions that take advantage of brain plasticity and thereby eliminate the frustration of a lifetime of learning difficulties shared by millions of children.

A recent study, quoted by Kristof and published in Nature Neuroscience, claims that poverty shrinks brains. This research was based on examinations of 1,100 brains of children and young adults from all walks of life.  It found that children in low income homes had brains with 6% less surface area, explained by nutritional and environmental differences, including stress.  This difference correlated with lower cognitive and reading scores. 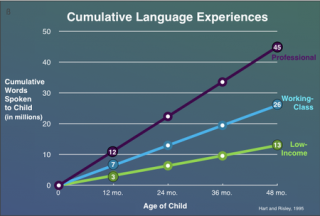 These findings are the latest in a string of findings since the famous 30-million word gap research by Betty Hart and Todd R. Risley in 1995 that found that the child of professional parents will have heard 30 million more words by their 48th month than a child in a low income home.  Other studies using varying periods come to similar results.

This is important since listening to words is the primary source of the stimulation of cognitive, learning and foundational reading skills. Listening to language is the fuel for almost all cognitive development.

A 30-million word advantage translates into a cognitive and foundational reading advantage that leads to much faster educational progress for children born in professional homes.

Unfortunately, these cognitive gaps as well as other foundational disadvantages tend to harden and widen in later grades.  One influence is the Matthew Effect, the tendency for good learners to progress faster simply because they are risk takers. Struggling learners, by contrast, are conditioned by prior failures — they avoid new opportunities to fall short or fail.  The growing importance of “read to learn” in earlier grades, as a consequence of the Common Core, is further exaggerating the gap now as it emphasizes the need for competent reading with comprehension at an earlier age.

Learning Delays Occur in All Households

In reality, the Matthew Effect and these other gaps do not only apply to lower income households.  There are millions of children from all walks of life that come to school with learning difficulties —  sometimes hereditary, sometimes due to hearing problems, but mostly random and unexplained — that plague them for life.

The end result of these cognitive skill gaps, whatever the source, is an “achievement gap” — these in-built early and stubborn differences go a long way to explain why the spread of outcomes is so wide despite years of extra spending and educational reform.

The Limits of Educational Reform

Kristof makes a controversial assertion that all this education reform, which has primarily aimed at leveling the playing field and creating equity in educational outcomes, may be peaking.  “K-12 education is an exhausted, blood-soaked battlefield” he states.

Education reform, most notably around building teacher accountability and competition in schools via charters, has been in place since the No Child Left Behind Act of 2001.  Over that time, trends in achievement gaps have not budged.

This lead Kristof to wonder if education reform will not be enough.  In particular, he makes the valid point that no amount of accountability and other reforms will overcome the broken financing system, where the children needing the most help get the least —  children from lower income homes tend to go to school in lower income districts where the lower local tax pool means less is spent on education.

Of course, many educators take issue with this analysis.  They argue that schools can overcome these gaps but that current education reform is headed in the wrong direction.

These are valid points.  And it is true that the leading education systems in the world spend a higher percentage of their educational dollars on early childhood education.

The way today’s schools work a child need to arrive at school learning-ready.  This means he is at least a pre-reader — meaning his language processing, working memory, sequencing and attention skills are developed — and has basic learning skills, including the ability to listen and attend in class.

And so, the cognitive skill gap remains, along with the other consequences of this gap – the lack of learning confidence, reading frustration, etc.

Kristof suggests spending more before children get to school.  While this is commendable, in a way it is more of the same – spending money on the status quo, only in bigger amounts. 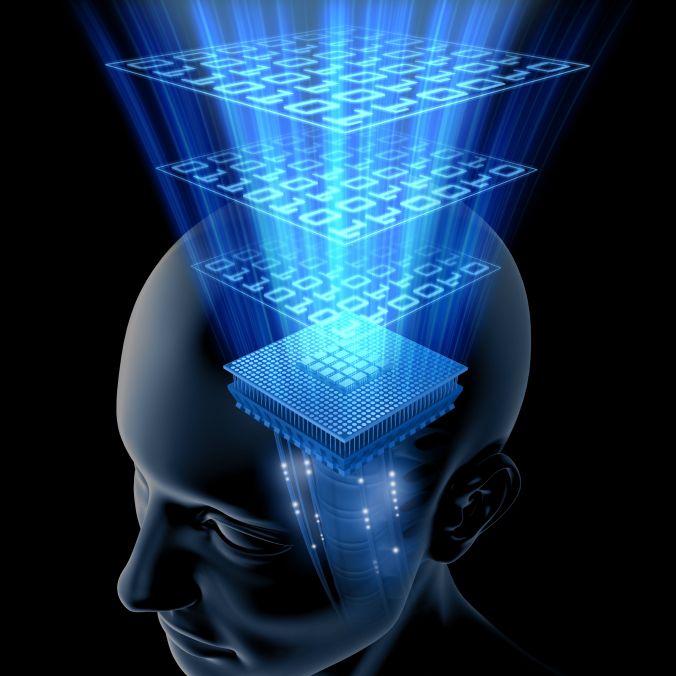 Another approach is harnessing neuroplasticity.

Neuroplasticity is the brain’s proven ability to adapt and improve.  It is a lifetime attribute, although it does fade over time as learning habits cut deeper and deeper paths in our neural networks. The brain of a 5-year old child, however, is highly plastic and capable of dramatic changes.

As we have discussed, cognitive, language and pre-reading skills develop naturally through listening — conversations with peers, parents and teachers, being read to, listening to music and radio.

There are two primary online neuroscience-based programs.  Fast ForWord targets language processing, working memory and attention.  Cogmed is aimed at improving working memory.  Both could be described as acting like a second childhood in that they provide a second critical round of language and learning stimulation. Programs offered in a learning centers like Learning RX also rely on neuroplasticity.

There is an argument that all children would benefit from this second round of cognitive stimulation to make sure their cognitive and language skills were at their very best, either at school or at home.

Taking advantage of brain plasticity in early childhood by introducing programs like Fast ForWord into Kindergartens and 1st grade seems like a powerful way to neutralize the educational achievement gap before it hardens in later grades.  All it takes is a bit of imagination from school districts. Failing that, these programs are also available for parents if they have any concerns at all that their child is at risk of being on the wrong side of an achievement gap.