Gender Bias in the Classroom 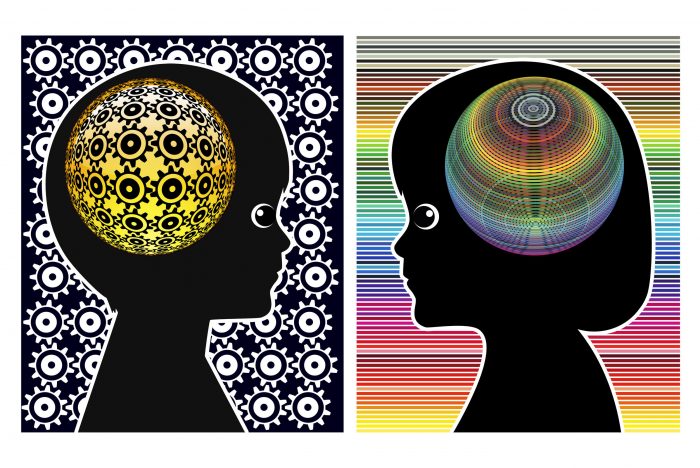 If I were to tell you that boys often receive more attention, praise, and encouragement in the classroom than girls, or that girls are usually quieter, talked over, and acknowledged for listening patiently rather than speaking up, would you be surprised?  Or would it simply reinforce what you already suspected or considered to be true? What if I told you that boys often receive lower grades for the same quality of work as a female peer in circumstances when the student also has a history behavior issues?

Did you know that boys tend to overshadow girls in classroom discussions and ask more questions as they get older? That boys often perceive girls as being better at school and earning higher grades, even though they are equally capable? What about that girls tend to speak up less in class in middle and high school? And girls become more concerned with how their peers will respond if they make a mistake or seem too confident? Studies have shown that some educators unintentionally discourage female students’ interest in math and science or an interest in language arts in boys even though no genuine disparity exists in the intellectual ability of either gender to excel in these subjects. These types of inclinations can prevent students from recognizing and achieving their potential. They can also reduce the number of opportunities available for individuals to discover alternative strengths and interests.

The term bias can immediately put some people on the defensive. However, it does not have to mean that these individuals have a lack of concern for fairness. When people work hard for something and know it’s earned, the idea of someone else being denied that same thing for reasons other than achievement and effort can be difficult to understand. Even when we try hard to be inclusive and self-aware, we can still miss the subtle ways that actions or habits can unintentionally undermine these goals. As compassionate and informed as we may strive to be, true empathy involves viewing situations from another’s point of view. And that isn’t always possible. There are some experiences that we may never have the opportunity to go through or witness. There are some perspectives that demand tremendous courage in order to consider or evaluate openly when that is the case.

Our Place in Society

From the moment we are born, there are societal pressures that place us in one category or another. The majority of baby clothes are in shades of pink or blue. And categories of accessories and toys are designated by gender by retail vendors, essentially removing the individual’s choice. Even if we labor to minimize such distinctions at home, messages on our TV, tablet and computer screens, in theaters, at community events, and from the people and places we encounter in our everyday lives can deliver resounding signals.

For example, a study comparing Boy Scouts and Girl Scouts, before recent changes in admission, found that among the differences, Boy Scout badges had names that resembled professions. They engaged in more science based and outdoor activities, and followed more self-based content. Girl Scouts, on the other hand, had more research and critical thinking requirements for badges. They focused more on the arts and community service. I should note that beginning this fall, Girl Scouts will be able to earn a cybersecurity badge. The organization is now striving to promote math, science, technology, and engineering.

Gender Bias in the Classroom

Despite the increase in awareness and progress, gender bias still exists in many schools and classrooms across the country. It can have a lasting impact on young learners. Like other biases, it can be unconscious. Many educators, parents, and students that may treat students differently based on gender in specific circumstances are unaware of the role their actions play in reinforcing stereotypes. If you suspect biases like these are impacting your child’s learning environment, try to avoid giving your child negative messages that may undermine his or her relationship with the teacher. Instead, try talking to the teacher about what’s happening in the classroom. Perhaps, ask questions about what’s being reinforced and encouraged. Talk to your child as well.

If you observe your child regularly talking over others or dismissing the concerns of a student in a particular gender or group, encourage your child to challenge him or herself daily by resisting the urge to share an idea before someone else is done. Try saying things like, “no, you go ahead”, or “what do you think” instead. And encourage peers who have been brave enough to share or speak out.

Discuss the different ways boys and girls can experience and view similar situations. Model appropriate or inappropriate responses when these situations occur. If you observe that your child feels discouraged about sharing or trying an activity because of how others may view it, help him or her understand that other students may feel the same way, and that seeing someone else try and succeed in the subject can have a substantial impact. Help them learn to encourage and speak up for peers when the need arises. And, of course, respect the rules of the class and teacher’s role.You may also want to learn more about organizations that promote inclusiveness.

Gender bias, both male and female, is something that exists throughout our lives. If we recognize tendencies and seek to actively minimize that bias, perhaps the next generation will find fewer hurdles to achieving success inside and outside of the classroom.