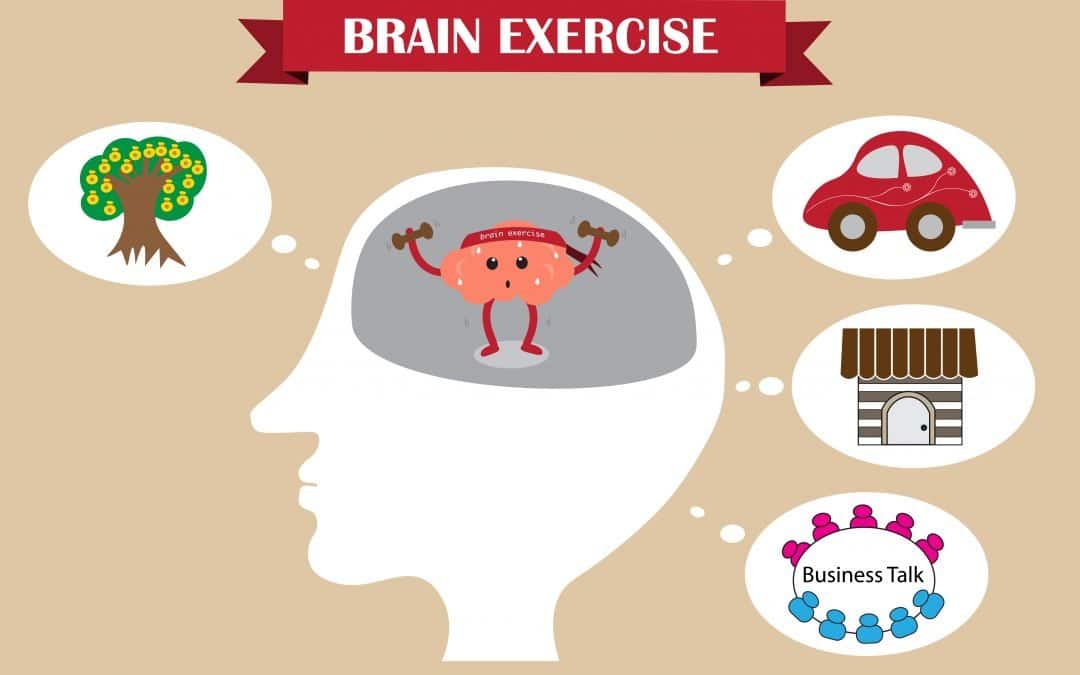 Brain training: we’ve been doing it for decades

Do brain-training apps – also known as cognitive training – work? Or are our brains fixed and unable to be changed?

For specific functions such as overcoming learning difficulties, the answer is yes, and research is ongoing. But there’s a lot more to it. This topic all pivots on neuroscience and neuroplasticity – important discoveries in the past five decades.

And really, the evidence that the brain can change has been with us for centuries.  For instance, recoveries from strokes, unexpected academic progress from OT,.

Neuroscience was coined in the early 1960s by Francis Schmitt, a biophysicist from the Massachusetts Institute of Technology. It’s interdisciplinary drawing on how the human brain works and our behavior. The Society for Neuroscience was set up in the US in 1970. The two catchphrases of neuroplasticity are “neurons that fire together wire together” and “use it or lose it” with regard to brain functioning.

Meanwhile, neuroplasticity was first mentioned in 1948 by Polish neuroscientist Jerzy Konorski, although the term didn’t really catch on until the 1960s[2]. It holds that the brain is malleable like plasticine, so it’s able to adapt rather than being a “non-renewable organ”. Neuroplasticity has been described as the brain’s ability to create new connections and pathways and change its circuit wiring. Practicing a skill sees your brain fire up and adapt, and you’ll improve your performance of that skill.

Transferrable intelligence under the spotlight

But, is that learning applicable elsewhere – will you get better at doing other things?

There’s no such thing as ‘brain age’ (we’re all different), nor can our ‘brain age’ be reversed by one to three decades. That’s despite brain training being able to improve how it does specific functions.

Brain training is not new

By the way, humans have been doing brain training without apps or tech for millennia. Think about the Mediterranean diet, physical exercise, learning a second language as a child, playing a musical instrument, meditating, or ancient memory techniques to create a mental map of a landscape’s food resources. They’re old-school brain training, and common with the tech-enhanced approaches are all about active rather than passive behaviour to foster the brain’s neural circuits.

One of the breakthroughs neuroscience has developed is the ability for us to actually see what’s happening in the brain as people read, write, and think. In short, how it functions – neuroimaging via an fMRI scan at work. Keep in mind that less than a third of the brain’s neurons are dedicated to vision, while touch harnesses 8% and hearing 3%. This information and imaging can reveal where and why things happen in the brain, but we’re still seeking insights into why they happen.

To understand how the brain works, visit this page on the BrainFacts.org website for a 3D visualization with explanations.

The Brain that Changes Itself

In 2007, psychiatrist and researcher Dr Norman Doidge published The Brain that Changes Itself, a book that may well have kick-started a whole industry of brain training apps. You can watch a 50-minute documentary offering some case studies to support the book’s points here. It maintains the brain changes with everything we think and experience.

In the documentary, Doidge says: “For four centuries mainstream medicine and science have seen the brain as fixed and described it as though it was a complex machine with parts, each of which performs one mental function in a single location of a brain.

“What if the idea of the brain as a machine or mechanism is not only wrong, but spectacularly wrong. The brain has to be understood on its own terms … a brain that evolves in a new world to change itself.

“To understand that we have within our hands this incredible power to drive changes in the brain that accounts for our behavior that is the very basis of the person we are. What a gift.”

Read our review of Brain That Changes Itself here.

Since then, there’s been considerable debate about brain training apps. In 2014, a groundswell of 75 neuroscientists and cognitive psychologists petitioned against claims the brain training industry made. This article in The Guardian supported that saying, “we don’t have a quick fix for making our brains smarter”.

“Over three decades, researchers have built a huge body of evidence that brain plasticity is a lifelong phenomenon,” they wrote.

Then, the popular brain training app, Lumosity, came under fire. It was fined $2M by the US Federal Trade Commission in 2016 for deceptive advertising. It had touted the program could improve users’ performance at work and school, slow cognitive decline in aging and boost cognitive functioning for those with a brain injury or who’d had a stroke. The commission also gave Lumosity a $50M fine for harming consumers, but because the company couldn’t pay it, that penalty was suspended.

That sounded like the death knell for brain training, but it wasn’t.

In defense of brain training

Just to spell it out, the layperson and marketers talk about brain training, whereas researchers and scientists call it cognitive training. It’s largely the same thing. Sometimes an app will be involved; other times, participants are hooked up to a device to electrically nudge neuron power along. This might be using EEG-based technology to identify abnormal brainwave patterns then work out how to train the brain to improve these patterns. Simply put, you could even use this brain wave information to work out when you’re more productive in your workday.

For example, the US Defense Department (DARPA) is hoping to save costs and reduce time in training its personnel using cognitive skills training. Its Targeted Neuroplasticity Training Program aims to fast track training of military staff in multifaceted and complex tasks[15]. They’re doing this by (non-invasively) electrically stimulating parts of participants’ brains during training.

Those treated with a low current improved their accuracy by more than 14 percent, and those with the full current, 26 percent It’s hoped to help increase the release of particular brain chemicals to boost and strengthen neuronal connections – use electricity to learn faster.

The first stage of the research, conducted with the University of Texas at Dallas, used the tech to help rehabilitate those who’d lost skills through neurological injury or disease. The preclinical results showed this neuroplasticity therapy worked for tinnitus, traumatic brain injury, peripheral nerve injury, spinal cord injury, and stroke, for example. DARPA is building on the results to focus on how to speed up language learning.

Meanwhile, a digital therapeutic company is mid-way through a video-game and stimulant medication treatment for children with ADHD. They saw significant improvements after a month, as reported by parents. The company, Akili, has similar research underway, including games for treating symptoms of depression, TBI, autism, and Parkinson’s disease.

Neurotechnology entrepreneur Tan Le says: “The promise of digital therapy that sidesteps the bothersome and sometimes dangerous side effects associated with drugs could be life-changing for the millions of people affected by these conditions.”

She coins the term Neurogeneration in her book of the same name. Le defines it as an “all-encompassing age of unprecedented change in the way we use and understand the brain that may forever alter what it means to be human”. She says it will touch everyone’s lives, whether we take part or not.

So, what about using neuroplasticity for cognitive training to learn to read or write, for example?

Fast ForWord to interventions for learning

There’s a computer intervention that makes fast and permanent brain changes helping people overcome learning difficulties. It gets to the key issues of addressing deficits in attention, memory, processing speed as well as sequencing.

This intervention, the Fast ForWord online program, was designed by a team of neuroscience and linguistics experts and launched in 1997. It’s been continually improved and is popular in more than 40 countries because it improves foundational cognitive skills. It helps school-age children, as well as teens and adults.

In the great brain training debate, this program does have its detractors as our response to a negative review back in 2011 shows. We also compared Fast ForWord with the other braining training software Brain HQ and Lumosity in the past, too.

Fast ForWord is different because it’s aimed primarily at reading. It’s also effective for ADD and learning efficiency, and importantly, Gemm Learning professionals guide and support students using Fast ForWord remotely. Our clients average gains of one to two grades in reading and comprehension in under two months. They gain two to four grades in up to six months. This is echoed in the more than 240+ research studies showing substantial gains for students on and after completing the program.

To find out more about the Fast ForWord program, you can schedule a call here. It’s cognitive training for the brain that works.

https://www.brainfacts.org/, an authoritative resource from the Society for Neuroscience