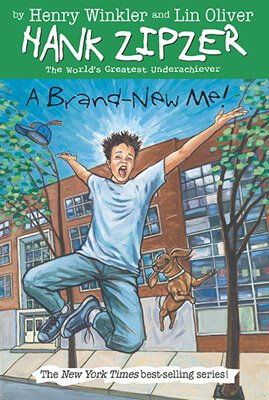 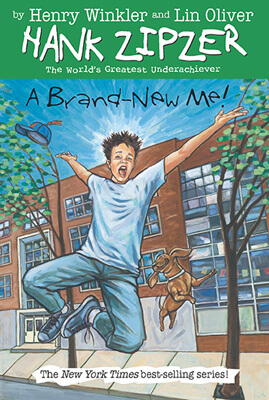 Making reading fun for dyslexic children is especially difficult. But if anyone can tackle the challenge, it’s Henry Winkler and Lin Oliver.

Henry Winkler (famous for his acting role as Fonzie in Happy Days) has collaborated with Lin Oliver, writer and producer, to create the children’s book series Hank Zipzer: The World’s Greatest Underachiever.

Winkler explains on the Hank Zipzer website that he was diagnosed with dyslexia when he was 31. After meeting Lin Oliver in 2002, he decided to help children who struggle with learning disabilities through books.

According to our interview, Hank Zipzer is based on Winkler’s childhood experiences. It follows the life of Hank, an intelligent, funny, and learning-challenged boy living in New York. The books are written for a third-grade level or higher.

The series started in 2003 with Niagara Falls, or Does It? and tells the story of fourth-grader Hank as he creates a “living essay” about his summer vacation. There are now seventeen books in the series, which follows Hank through his elementary school graduation. Some of the more recent titles include:

The Hank Zipzer series is an especially good supplement to dyslexia treatment because it is written by someone who experienced dyslexia as child and became successful. It tells stories relevant to dyslexic children, such as struggling in school, having a sense of humor, and learning to succeed. Hank’s sense of humor draws children in to be his friend and companion as he experiences the adventures of elementary school.

For more information on the Hank Zipzer series, check back for our exclusive interview with co-authors Henry Winkler and Lin Oliver.