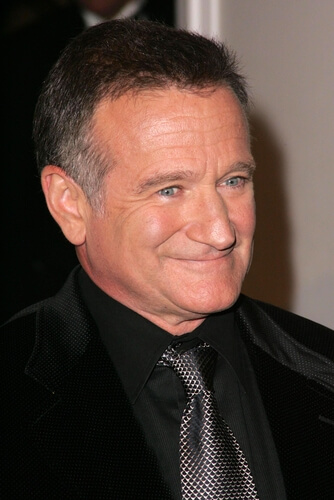 If you or your child has learning disabilities, you might be tempted to think that you aren’t valuable, or that everyone else is better than you. This idea is far from the truth. You are full of value – and everyone, no matter who they are, has strengths and weaknesses.

If your child dwells on her disability, she can easily become psychologically disabled. At first, she will think she can’t read like other people, and therefore, she’s not good enough. Soon, she might decide that she’s not good enough for other things either. As her brain starts to collect all the things she can’t do, she literally becomes crippled, destroying the hope that she’ll ever do those things. This is one of the biggest reasons Gemm Learning is around — to keep hope alive and help children make their hopes reality.

While you get her started in our learning program, there are some things you can do to break your child’s though patterns around self-worth. We suggest you discuss famous people with learning disabilities who still succeeded. This can shift her thinking. She can begin to see that if these people succeeded with their learning disabilities, then she can, too.

Who Are the Famous People With Learning Disabilities?

Here’s a list of some of those famous people who had learning disabilities.

If your child is interested in science, tell him about Isaac Asimov, an author of many books about science and science fiction. He wrote around 500 books in his career, and science was only one of his topics. Asimov is speculated to have had Asperger’s syndrome. You might even get some books out of the library written by him and read them together.

Your child might be interested in Richard Branson, multi-billionaire, who is still creating his billion dollar business legacy and attributes his success to adapting to dyslexia. Check out his TED Talk together.

Howard Hughes is also thought to have Asperger’s syndrome. He might not fit role model criteria, but he provides a good context to explain that success is more than money; it’s also about being a good person.

Terry Bradshaw has attention deficit hyperactivity disorder and depression. Still, he became a successful football player in the NFL. After an injury, he started a new career in the media. He’s also been a horse breeder and cattle rancher.

Many people with learning disabilities become talented actors and musicians. George C. Scott portrayed George Patton and won an Academy Award in his Patton performance. He had a type of ADD.

Whoopi Goldberg’s dyslexia wasn’t diagnosed until she was an adult. During her years in the school system, she was labeled was dumb and slow.

Dan Aykroyd had two learning disabilities: Asperger’s syndrome and Tourette’s syndrome. These “ghosts” haunted him during his school life but he went on to be the star of Ghostbusters, The Blues Brothers and Saturday Night Live, making millions of people laugh.

Steve McQueen had a learning disorder, but he never let it get to him. His was nicknamed “King of Cool,” playing a leading role in The Great Escape and receiving the largest salary of any movie star in 1974.

Suzanne Somers might have felt comfortable in her role as a ‘dumb blonde’ in Three’s Company due to her inability to get good grades in school because of her learning disability. She’s now a best-selling author of a book on bioidentical hormones.

Sylvester Stallone’s performance in Rocky was fantastic, not only because he completely understood overcoming an underdog attitude because of his dyslexia but also because he wrote the script to the movie.

Robin Williams is known for his spontaneity and quick wit. Both these ‘talents’ could have been developed during his early life when he suffered from ADHD and extreme shyness. Without cognitive skills in memory, it became easier to amuse people and make them laugh. He’s been seen in films such as Good Will Hunting, Dead Poets Society, Good Morning Vietnam, and Awakenings.

More of a comedian, Jay Leno’s ability to entertain has amazed millions of people for decades. He has dyslexia.

Danny Glover is open about dealing with dyslexia as a child. He didn’t let it stop him from becoming an actor. With a lot of persistence, he ended up starring in The Color Purple, Witness, and Lethal Weapon.

Tom Cruise has no shame about his childhood dyslexia. He uses his celebrity status to discuss it. You might have seen him in movies such as Top Gun, Rain Man, Jerry McGuire, and A Few Good Men.

Daryl Hannah is an actress who has been noted to have Asperger’s syndrome. She starred in Wall Street, Blade Runner and Steel Magnolias.

Marilyn Monroe is suspected to have Asperger’s syndrome. She became an icon in the film industry.

Justin Timberlake has been diagnosed with not only ADD/ADHD, but also Obsessive Compulsive Disorder. He’s an actor and a recording artist.