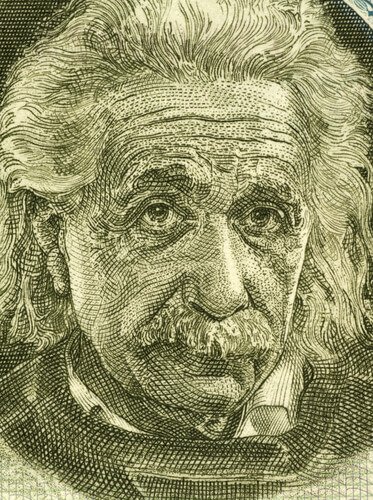 If you or your child has been diagnosed with learning disabilities of any kind, fear not. You’re not alone.

Your learning disabilities don’t have to be a major stumbling block to your success in life. In fact, the ability of your mind to adapt to the disability could become your strength – and give you exceptional talents in other areas. It’s up to you to discover them and profit from them in your life.

That’s what many famous people with learning disabilities had to do. They ended up successful despite the odds. And it could also happen to you, too.

You could develop creativity that leads you to become an inventor. That’s what happened to several famous people with learning disabilities, including Alexander Graham Bell, Albert Einstein, Bill Gates, Thomas Edison and Louis Pasteur.

Alexander Graham Bell most likely had dyslexia, and he went on to invent the first practical telephone. His learning disability didn’t stop him. In fact, his mother and wife were both deaf, allowing him to understand advanced and alternative means of communication. Bell helped found the National Geographical Society, too. Historians call him one of the most influential men in history. He even taught his dog to say, “How are you, Grandma?”

Thomas Edison’s dyslexia and ADHD led his mother to home school him, as she saw his confidence dwindling from instances at school in which his learning disabilities were obvious. Still, Edison became an incredible inventor, creating the motion picture camera, the light bulb and the phonograph. He owned 1093 patents, including one for a battery for an electric car.

Louis Pasteur discovered the food industry process called pasteurization, where pathological bacteria in milk could be killed and milk could stay fresh longer. He also discovered that certain bacteria in the milk could be used for the fermentation process, such as for the production of yogurt and other cultured products. Louis Pasteur had dyslexia and dysgraphia, a condition that prevents the person from being able to write. Yet, he defied these learning disabilities, also creating vaccines for rabies and anthrax.

Albert Einstein most likely suffered from a form of autism, possibly Asperger’s Syndrome. In this syndrome, the person is usually physically clumsy and uses language in an odd manner. It’s also possible for someone with this disorder to have very little empathy.

Bill Gates is suspected to have Asperger’s Syndrome, although it’s never been proven. He owned Microsoft and is one of Forbes’ wealthiest men in the world. He is an inventor, investor and philanthropist.

Have you ever read the books, Journey to the Center of the Earth and 20,000 Leagues Under the Sea, written by Jules Verne? Jules Verne most likely had attention deficit disorder (ADD). Hard to believe, huh? His books are the second most translated in the world.

George Bernard Shaw wrote famous plays, such as Pygmalion, despite his ADD. He received a Nobel Prize in Literature as well as an Oscar.

F. Scott Fitzgerald’s learning disability, most likely dyslexia, infuriated his teachers in school. Finally, they had enough and expelled him when he was 12 years old. What drove them to this ‘insanity’ was a lack of knowledge about learning disabilities. They blamed him for not finishing his homework and his lack of concentration. He went on to write The Great Gatsby and Tender is the Night.

Oliver Sacks, author of the best-selling books, The Man Who Mistook His Wife for a Hat, and Awakenings, is thought to have Asperger’s Syndrome. His books gave people insight into what it’s like to have neurological disorders.

Alfred Hitchcock lived in the years 1899 up through 1980 and was a film director and writer. You may be familiar with his psychological thrillers or suspense novels, such as Vertigo and The Birds. He was known to have Asperger’s syndrome.

Come back for more next time…