Without Metalinguistic Skills, Your Child is Lost in Society 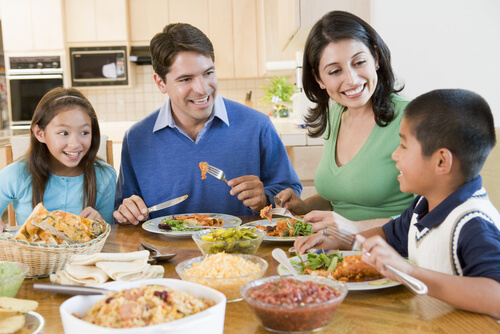 Metalinguistic skills are incredibly important  in life. Yet, we often don’t recognize their significance.

Imagine your daughter is in her teens and the whole family is sitting around the dinner table. You tell a joke and everyone, including your sons who are younger than your daughter, “gets it” – everyone except your daughter.  She’s sitting there with a blank look on her face, then looks puzzled.

Each choice has its own consequences for both the short term and the long term. If she changes the topic, she will become skilled at running from an issue.

Simply by repeating this choice time after time whenever anyone else tells a joke, she will develop the neural pathway in her brain to switch to another topic the minute that life presents with a problem she doesn’t understand.

If she acts like she understands the joke, the consequences are just as bad. In this case, she knows she is deceiving herself. Continual deception of oneself leads to the blocking of intuition and, of course, a state of denial.

This in turn leads to the inability to make decisions, since we are all guided by intuition. She’ll begin to think that every decision is a game and life is difficult because things don’t ever seem to work out.

And if she asks for another explanation, there’s no guarantee she’ll understand the answer. She risks embarrassment and eventually shame.

These are two emotions that are strong enough to drive students to not attend school. It’s common that children who can’t read that well are embarrassed at school in front of their peers and teacher. Who would rightfully choose to walk into that type of situation?

A child with APD, or auditory processing disorder,  lacks the metalinguistic skills to interpret language and decipher the meaning of words in sentences and in the spoken language. This child also can’t understand jokes. And although these inabilities may seem trivial to some, they really are a big deal to the person with APD.

To get anywhere in life, these metalinguistic skills are critical. That’s why these skills are emphasized in our auditory processing disorder program at Gemm Learning. Learn more.