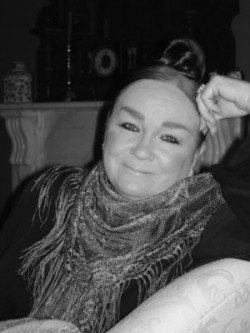 Today we present the second installment in Gemm Learning’s series “Great Books for Dyslexic Children.” Our second post focuses on Patricia Polacco, the author and illustrator of the book titled Thank You, Mr. Falker.

This story, which has reading level of 4.1 on our reading list for dyslexic children, focuses on a young girl named Trisha, who struggles to decipher letters and numbers when all of her classmates learn to read. Trisha turns to drawing, but as the years pass and she still doesn’t learn how to read, she feels dumb and faces bullying. Fortunately, a new teacher named Mr. Falker finds out about Trisha’s reading difficulties and offers her the help she needs.

The book is based on Polacco’s own struggles with dyslexia, and Thank You, Mr. Falker is her tribute to her real teacher, Mr. Felker.

“What I wanted children to know when they read that book was that they were going to land on their feet. But not only that—I wanted George Felker to know how much I appreciated what he did,” explained Polacco, who graciously agreed to let us interview her by phone this month.

Polacco, who was 14 when she learned she had dyslexia, has now become a talented author and illustrator of around 80 children’s books.

How Teachers Can Influence Dyslexic Children

Polacco’s relationships with her teachers had a profound impact on her coming of age. “I had a dazzling array of interesting teachers, and George Felker opened the door to the point where I trusted them. Because up until he found what was going on, I wanted my teachers to love me and like me and respect me, and I thought if they really knew how dumb I was, they wouldn’t. So I concealed as much as I could from them, and I fooled ’em for a number of years. But Mr. Felker kind of paved the way and said, ‘You know, they’re there to help you.’”

Polacco has based several other books on her experiences with her teachers, including The Junk Yard Wonders and her recent title The Art of Miss Chew.

She also emphasizes how important it is for teachers to reach out to children who have reading difficulties. “The education community is expecting children to articulate to them what is wrong. And believe me, I had no idea. As an adult, I can tell you what I surmise was happening. But a little kid doesn’t have the ego strength to stand there and tell you. Children are going to automatically think there’s something terribly wrong with them, and that the rest of the world is perfect.”

“Children are used to hiding their behavior too—they would rather die than let anyone know how dumb they are. And the truth is they’re not dumb at all, they’re on the other end of the scale, but they don’t know that. This is why it’s so important they come from homes where people encourage them.”

How Dyslexia Help Can Transform a Life

Polacco is an inspiring example of the transformation a child can undergo when he or she gets help for dyslexia.

An upcoming project demonstrates not only her appreciation for her teachers but also her own bravery. “I’m just getting ready to write a story about the drama teacher who got me out there and made me no longer terrified to talk in front of people, and the irony is that this is now part of how I make my living—I do public speaking. But when I was little, if you’d told me I’d be able to stand up in front of 6,000 people, I think I would have hurled!”

Dyslexic children may struggle with reading, but they also struggle academically and socially as the result of feeling “different.” But you should let your child know that “being different” isn’t a bad thing.

“My overall message to young people is that it is beautiful and wonderful to be different,” says Polacco. “Being different is where, eventually, their strength is going to come from—even if now they see it as a weakness and something to be mortifyingly ashamed of. But that ultimately is what is going to build their character and make them into a unique, amazing human being.”

Interested in learning more about Ms. Polacco’s experiences with dyslexia? Stay tuned for our next blog post that reveals more insights from her interview. You can also check out her website at www.patriciapolacco.com.

If you think your child could benefit from a dyslexia program, please contact Gemm Learning today to get a free demo of our Fast Forward software.