How to Explain Neuroplasticity to Your Mom

“Everything having to do with human training and education has to be re-examined in light of neuroplasticity.”
Norman Doidge

The scientific consensus on how much the brain can change –  and how that impacts learning and reading skills — has been turned upside down over the last two decades.

According to neuroscientist and best-selling author Norman Doidge, “Everything having to do with human training and education has to be re-examined in light of neuroplasticity.”  Entrepreneur Naveen Jain says that “neuroplasticity research showed that the brain changes its very structure with each different activity it performs.” 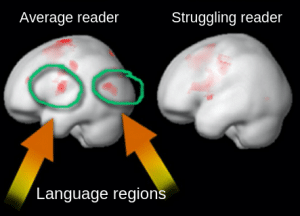 So what exactly is neuroplasticity? Going by the quotes above, you might be forgiven for thinking it’s some kind of magic. In fact, neuroplasticity is a radical new understanding of how the brain works made possible by the functional MRI, which captures brain activity in a video format.

You can see in this fMRI image how powerful it is to be able to observe a brain reading and to compare individuals at different skill levels.

Over the years, scientists have used this new window into how the brain responds to develop a whole new generation of learning interventions that tap into neuroplasticity as a way to change learning skills at their roots.

The Blind Ferret Experiment That Rocked the Science World

Until around 2000, scientists thought the human brain “solidified” and became fixed with each area of the brain having a specialized function. However, one famous experiment to prove brain specialization proved the opposite.  A ferret had its eye and ear nerve endings switched, the expectation being it would be permanently deaf and blind.

But after a couple of months, the ferret started seeing and hearing! The brain adapted. It learned new skills when faced with new sensory inputs. Not only did the brain change, it self-organized, looking for ways to improve.

It is now established science that the brain is a self-improving organ, not only capable of change throughout life, but also desiring to change.

For struggling learners, this has massive implications.  Tapping into neuroplasticity offers a way forward, a possible path to improved learning and reading by coaxing improvements in cognitive and learning skills through targeted exercise.

This is a path open to all ages. And it’s why Gemm Learning got started, to make this opportunity possible for families at home. 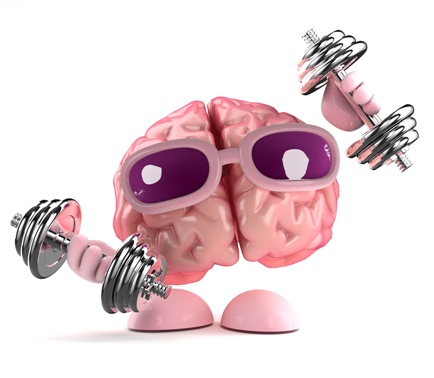 Despite being the most complex human organ, the brain isn’t actually so different than a physical muscle: the more you use it, the stronger it gets and the less you use it, the weaker it gets.

This ability of the brain to change based on how it’s being used is what makes practice so important for developing and refining new skills. For instance, researchers can tell through brain scans that as musicians learn to play a new instrument, the parts of their brain associated with fine motor control grow and develop new connections to other parts of the brain.

Likewise, when dyslexic children learn to read, a part of their brains called the “left parietal lobe” starts lighting up more brightly than before and becomes more like the corresponding part of the brain in non-dyslexics.

Neuroplasticity researchers often say that “neurons that fire together wire together,” which essentially means that when your brain is activated in a certain pattern, it becomes easier for your brain to fall into that pattern again in the future.

The potential for neuroplasticity to transform lives is part of what inspired us to provide neuroscience-based learning and reading software to families at home.

Neuroplasticity has deep implications for individuals with learning disabilities, and we wanted to provide tools to help children and adults to take advantage of the brain’s ability to reshape itself.  Understanding neuroplasticity gave us a new perspective on how to help people learn, which is why we believe everyone and his mom should know what neuroplasticity is!

Many Gemm Learning testimonials seem incredible. Stories of remarkable change in a short period.  But really, they are a testament to how willing the brain is to be led towards new growth.  And to the efficacy of the software we use, which takes full advantage of the neuroplasticity opportunity.

To find out if we can help your child, call for a free consult or take a free assessment here.