Identifying the signs of autism in children

Autism is a disorder without a biological marker, i.e., without a definitive yes/no test. And so it is diagnosed using an autism symptoms checklist.

Autism Spectrum Disorder is associated with a range of symptoms from mild to severe:

Social Symptoms of Autism
While babies tend to be social, most children with ASD find it hard to learn the give-and-take of human interaction. They have difficulty seeing things from another person’s perspective, what is called “mindsight.” This inability leaves them unable to predict or understand other people’s actions. And so they often seem to prefer being alone and do not do well receiving attention. Asperger syndrome is largely defined by this difficulty with social nuance.

Communication Symptoms of Autism
There is a path to language proficiency that is not followed by children with ASD. These language difficulties are related to difficulties with auditory processing, pervasive in children on the autism spectrum.

Some children with mild autism symptoms can have large vocabularies but still struggle in conversation. They do better in a monologue than in back-and-forth conversation. They also struggle with nuances of the language, such as often taking sarcasm literally.

Because children with ASD often lack the language or the body gestures required to get across their needs, they can often just scream. As they get older, they become aware of this shortcoming and can develop anxiety around their propensity for abnormal behavior.

Early developmental delays lead to a number of deficits that are not evident in early life, many related to processing difficulties. Observable signs of autism are indicators of deeper issues, most often related to the processing deficits found in most children with autism — or integration skills covered in more detail below, such as: 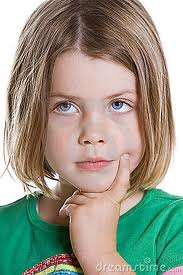 Children with autism have difficulty imagining someone not knowing what they know. It is a challenge for some individuals with autism to understand that other people have ideas, feelings, and thoughts that are different from theirs. This is also referred to as “mind blindness.” Behaviors that arise from this include making comments that seem rude, misinterpreting the intentions of others, and being less inclined to “people pleasing” behaviors, for a teacher or parent.

Sensory Symptom Differences
Students with autism may be over- or under-sensitive to all sensory stimuli; auditory, visual, vestibular, smell, taste, and tactile. They may seek out or avoid stimuli in any of these areas, leading to these autism symptoms such as only eating a narrow list of foods, apparent over-reaction to pain, or a refusal to go outside in very warm or very cold weather.

Weak Central Coherence
Weak central coherence refers the inability to get the “big picture.” Individuals with autism may be gifted at perceiving details but often do not “see the forest for the trees.” This trait may be connected to the student’s inability to apply a skill learned in one setting to a different setting. The autism symptoms that stem from weak central coherence are:
• The inability to summarize information or get the main idea of text
• Inability to distinguish minor problems from major problems

Executive Dysfunction
Executive function impacts goal-oriented behavior, organizing assignments and personal belongings, planning multi-step projects, maintaining attention, and controlling impulses. Signs of autism from executive dysfunction might be:
• Failure to bring the necessary materials to class
• Inability to plan for the completion of assignments
• Difficulty focusing attention on instruction
• Not seeing how doing a task contributes to a larger goal

Difficulty Processing Non-Verbal Communication
Because of the early lack of inclination to attend to social information, children with autism may fail to learn how to “read” non-verbal communication. They may fail to see when another person is angry, bored, or frustrated by deciphering body language. This deficit may be displayed by:
• Failure to “repair” communication break-downs when another person has been offended
• Continuing to talk on topic of interest when the other person is no longer interested

Auditory Processing Disorders
Students with autism tend to miss “prosody,” the music of language, the up and downs in tone, volume and emphasis that are used to communicate meaning. Children with autism tend to take language very literally and so miss innuendo, sarcasm, metaphors and idioms. They also have trouble focusing on and processing language. Some behaviors resulting from auditory processing disorder are:
• Inability to engage in class
• Difficulty following directions
• Reading difficulties; decoding, comprehension or interest in reading

Areas of Intense Interest
Children with autism might have common fascinations (trains, dinosaurs, or Sponge Bob) or unique interests (odometers or sprinkler heads). They are often quite narrowly focused (large ships that sank or the subway system of Boston). Frequently, they can be used as rewards, springboards for learning new material, or an opportunity to excel in a field of study.

Researchers suggest that fear is the main emotion of individuals with autism. Individuals with autism are at increased risk for depression (Tantam, 1991). They may exhibit poor concentration, and thoughts and/or comments about suicide. Not only is depression more common in students on the spectrum, their means of dealing with it, such as talking it out with another person or asking for help, are more limited. This fear, anxiety, and depression may be exhibited by:
• Low frustration tolerance
• Rage reactions or “meltdowns”
• Difficulty coping with changes in the environment

This is not a complete list. These autism symptoms and behaviors are characteristics, not choices. They are brain-based differences that affect many areas of functioning. Symptoms of autism are the tip of the iceberg. They are indicators of an underside, a range of underlying characteristics. And so parents should be vigilant in observing symptoms where autism is suspected. Many autism behaviors can be improved by strengthening processing skills using a program like Fast ForWord.

While these students face many obstacles, they also have many amazing abilities. Many of the advances we enjoy in our modern society are attributable to individuals who, diagnosed or not, were somewhere on the spectrum. As we gain more understanding and work together, we will be able to appreciate these remarkable children and young adults and nurture their potential.