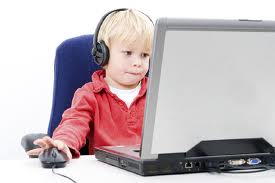 While most children develop language naturally, simply by listening, some need extra stimulation.

Our speech and language programs provide this extra processing and listening practice, the equivalent of millions of spoken words in just a few weeks, as well as vocabulary and other language instruction to help your child catch up.

Fast ForWord is online speech therapy software that targets the processing-based deficits that cause speech delays. There are several reasons for delayed speech:

Childhood Apraxia of Speech and Dysarthria
Childhood Apraxia of Speech (CAS) is a motor speech disorder. The child knows what he or she wants to say, but his or her brain has difficulty coordinating the muscle movements necessary to say those words. Dysarthria is a motor speech disorder, often related to head injury, cerebral palsy, and muscular dystrophy.

Stuttering/Fluency Disorder
Stuttering affects the fluency of speech. The disorder is characterized by disruptions in the production of speech sounds, also called disfluencies.

Most speech disorders in children stem from listening difficulties caused by processing and phonological difficulties. If a child does not hear words clearly and/or is struggling to absorb language structure he/she will be reluctant to use those words or will use or pronounce them improperly.

Fast ForWord targets the underlying language processing disorder and can have an amazing impact on listening-related speech delays in just a few months. Unfortunately, the other speech disorders — specifically, stuttering and apraxia of speech — are much harder to treat and will require in-person speech therapy training from a licensed SLP, most likely in clinic. 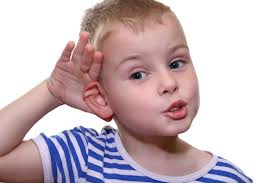 Fast ForWord software has been adopted nationwide by Speech and Language Pathologists as a speech therapy program, now online, that improves language processing and phonological skills using self paced exercises that work on all aspects of expressive language:

Fast ForWord is one of the most widely used speech and language programs in the world, because of its ability to help as follows:

Significant vocabulary gains. Because your child will be able to listen more accurately, more words will be absorbed and then used. This applies particularly to longer words and words with blends — both of which will be easier to pick up — and words relating to intangibles, that without a concrete item to point to, were hard for a child with processing difficulties to pick up.

Conversational skills, relating a story. Fast ForWord can eventually help children with speech delays learn how to relate a story, in sequence and with detail. Improved listening will allow a child to improve the ability to hear how others communicate, and over time this will translate into better communication skills, although given the integration with other aspects — reasoning, knowledge, perception — improvements in communication, relating a story in particular, will occur more slowly over the year or so after completing our online speech software.

“Thanks so much. I am now really starting to see the positive effects the program has had with his language. He is using language that I have never heard him use before, much more natural language, like instead of saying to me “I want the shrek toy”, he is saying “mum where is the shrek toy, I can’t find it, I think it was in here” etc. So a vast improvement for him.”

“After working on Fast ForWord Adam’s language has improved in the last few weeks. Teacher commented on improvement in expressive language. Bringing words together in sequence is a major achievement.”

“An SLP recommended speech therapy using Fast ForWord. Her speech assessment results showed a significant change in her reading ability. Having previously demonstrated a lack of conversational speech, which held her back from a mainstream class, her results have her now just below the class average. This is attributed to the Language Basics and Language v2 Programs she has been using. It is exciting to see the change in her after only a couple of months”.

“John and I have noticed huge improvements with his communication, and speech”.

“He absolutely loves doing the program and the change in his language has been astounding.”