What is Fluid Intelligence? 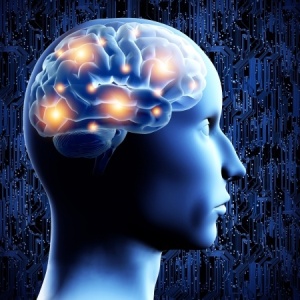 While scientists have always argued that IQ is baked into our DNA at birth, new research is finding that certain aspects of intelligence are influenced by working memory, a cognitive skill that can be exercised.

Fluid intelligence is the ability to reason quickly and to think abstractly.
Working memory is the ability to hold and manipulate information to produce some result or reasoning processes. It is important in higher-order thinking, learning, and achievement. It is also important for cognitive flexibility and planning ability, as well as learning and the ability to self-monitor.

1/ The “phonological loop” — saying things in your head to hold them — which serves an auditory processing and practicing function, tied to the speech centers of the brain and language development.

2/ The “visuospatial sketchpad” or a visual analysis and processing part that serves as an internal laboratory for visualizing problems and solutions. Einstein’s Theory of Relativity was largely developed in his head with complicated visualizations. This is another working memory and IQ link.

3/ The “central executive” that controls these two parts, to facilitate coordinated reasoning, comprehension, learning, and decision making, sometimes allowing rote habit to direct us while it works on other things, another working memory and IQ link.
About 50% of the growth in fluid intelligence from age 7-19 is associated with working memory, mainly associated with processing speed development.

Gemm Learning uses brain-based software to improve working memory and related skills. The idea that gains in working memory will impact IQ has been confirmed in research studies.