A response to a negative review

As long-time providers of Fast ForWord, we are well past the point of worrying if this amazing software is effective. We have seen it change more lives than we could have reasonably expected. 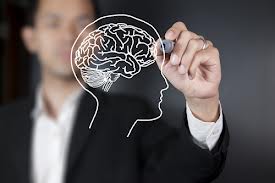 However, this is not a universally held view. Despite years of favorable Fast ForWord reviews and continuing success in 42 countries, the program has detractors.

But ask yourself this: If Fast ForWord really were ineffective, 20+ years after its launch, wouldn’t word have gotten out? Instead, it is stronger than ever.

“The program’s developers make ambitious claims for it. It “develops the cognitive skills that enhance learning”, they say. ‘The strengthening of these skills results in a wide range of improved critical language and reading skills such as phonological awareness, phonemic awareness, fluency, vocabulary, comprehension, decoding, working memory, syntax, grammar, and other skills necessary to learn how to read or to become a better reader.”

“Launched as commercial product by the Scientific Learning Corporation in 1997, the claims for the success of the program are based on a number of privately conducted, in-house studies.”

Not true. The vast majority of studies are school districts doing pilot programs, testing the program before rolling it out to all of their schools. While it is true that these studies are only available on the Scientific Learning website, they are independent studies that reflect internal investigation into Fast ForWord efficacy,  posted with the named school and district’s approval.

Selective Choice of Studies To Review

“Now, though, a team of researchers from the Universities of York and Birmingham in the UK have undertaken a review of all reviews of evidence for the program. The results are not encouraging for Fast ForWord.

“The initial search located 79 potential studies. After screening, only 13 papers were eligible. Of this total, seven further papers were excluded, either because they did not test the same version of the program or because they lacked equivalence between the intervention and control groups at baseline. The six remaining studies were used to conduct the meta-analysis.”

To base an outcome on six studies, using all kinds of reasons to exclude 240+ other studies, should raise suspicions. Especially given that the studies left out had results that were so positive that the school districts went ahead and purchased Fast ForWord — it is now in 3,500+ schools worldwide.

Also, the study screening criteria did not include compliance requirements. There have been Fast ForWord reviews using tests that aim to prove Fast ForWord is ineffective.  These studies insist on no attendance requirement, claiming that poor student attendance, trouble getting students to do the work, is a real world factor.  Furthermore, they do not allow intervention help if a student is struggling. This is setting Fast ForWord up to fail. It is not unlike declaring gyms ineffective by studying people who either don’t go to a gym very often and/or who misuse the gym equipment.

The authors state that the pattern of their analyses is “clear and consistent: whether comparing Fast ForWord with untreated or alternative treatment control groups, we found no sign of a reliable effect of treatment in any analysis.” In addition, where alternative treatments were used as a comparison, the evidence suggests support for other remedial efforts with children who appear to have language learning difficulties.”

“The meta-analysis examined the impact of the program on children’s single word reading skills; passage reading comprehension; receptive language and expressive language. The researchers’ findings were stark. The program had no significant effects on any of these measures and, in fact, four of the effect sizes found by the team were negative, indicating that children who received Fast ForWord did worse compared to controls or other treatments.

These are reckless and misleading claims. To claim that language skills would reverse as a result of working for weeks on language processing, sound discrimination and listening comprehension exercises defies common sense.  We have not seen a single case of regression in any of the thousands of children we have helped go through this program. Again, our 96% client satisfaction rate suggests just the opposite — Fast ForWord works.

Finding An Appropriate Time Frame Over Which To Measure Results

“In a commentary in the same journal, Professor Jim Stevenson argues that “the findings and conclusions of the meta-analysis were both accurate and fair.”  In addition, “it is time that children with difficulties in language and/or reading acquisition were given access only to teaching methods of known effectiveness.”

Herein lies the challenge for Fast ForWord, and indeed, any educational software. It is possible to manipulate or spin results. Fast ForWord does not teach content, where a post test, immediately after completion, is a fair test of efficacy. It is a cognitive program that improves processing and other general skills, but measures success based on how these gains impact reading and learning skills. This is a complex process that is not always instantaneous, sometimes taking a few weeks, sometimes longer. Testing right after program completion short changes the efficacy of Fast ForWord. School districts understand this, and test accordingly.

To find out if your child is a candidate for Fast ForWord, call for a free consult or ask your questions here.