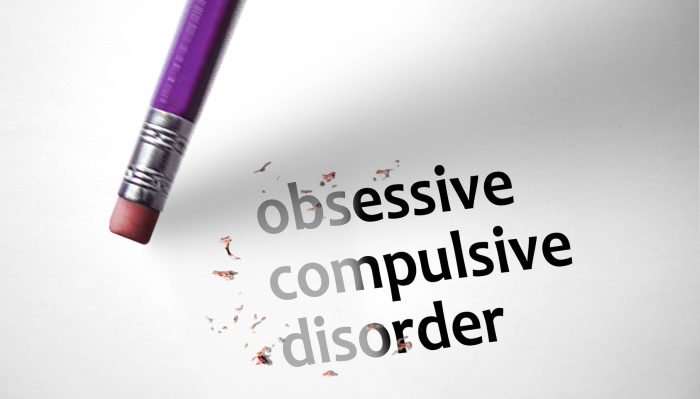 Not Just a Punchline

Every time Sheldon Cooper, a main character on the Big Bang Theory, knocks three times on a door while repeating the occupant’s name, laughter follows. In the real world, people who like things a certain way or clean up frequently are often referred to, by themselves and others, as having OCD, as though it’s an amusing personality type. But OCD is not an amusing quirk or fodder for punchlines. And most people who prefer things a particular way, have regular routines or superstitions, or dislike germs do not have the disorder. For those who do live with OCD, it can have a tremendous impact on their daily lives.

Obsessive compulsive disorder (OCD) has two parts: obsession and compulsion. In other words, it combines a persistent, disturbing preoccupation and an uncontrollable impulse to act. While it is true that someone who has OCD may knock repeatedly or clean constantly, the repetitive behavior serves an important purpose. For a person with OCD, compulsions are a response to an obsession or overwhelming fear. The person experiencing it may fully recognize that the concern is irrational, yet still be powerless to control it. Individuals with OCD have recurring thoughts or impulses which cause substantial anxiety or distress. Fear of embarrassment, making a mistake, exposure to germs, or physical harm are common examples. Excessive uncertainty is another. Compulsive behaviors are an attempt to extinguish or lessen these thoughts.

An individual with a fear of germs might refuse to use public restrooms. He might avoid touching door knobs or shaking hands. She might shower or wash hands excessively. Someone with a fear of mistakes may erase and rewrite words or letters constantly. An individual preoccupied with fears of being harmed may need to make sure windows and doors are locked. And thoughts of uncertainty could result in checking and rechecking the contents of a locker or back pack and repeatedly getting up and sitting down until the chair feels right.

Approximately one million children and teenagers have Obsessive Compulsive Disorder. Although the exact causes are unknown, it does run in families. Experts believe there may be biological and environmental causes. Changes, such as illness, a death in the family, or a move are potential factors. Abuse is another. Obsessions interfere with every day activities and symptoms can resemble oppositional defiance or attention deficit.

OCD in the Classroom

Students with OCD generally have average or above average intelligence, but are preoccupied with the obsession or compulsion. In the classroom, overwhelming fear and anxiety combined with compulsive behaviors can make it difficult to focus during instruction, complete assignments on time, or interact with peers. Cognitive behavioral therapy and medication are available treatments outside the classroom, while understanding is the most important approach at school and home. Recognizing that the behavior is beyond a child’s control and identifying potential triggers to avoid or prepare for are key.

For some students, sitting in the back of the room, where they can quietly engage in compulsions is beneficial. A student preoccupied with safety may benefit from a classroom walk through with the teacher or if a known trigger, like a fire drill is planned, prepare the child in advance. This may mean breaking up into a small group setting, assigning a buddy, or ensuring the child is near you at the drill’s start. Using a laptop instead of pen and paper may help ease a student with obsessions about mistakes or perfection. And being ready with disposable gloves, wipes, or hand sanitizer before a messy activity could relieve some anxiety for a student concerned with germs. However, talking to the child about what activities, places, and things provide the most reassurance may yield the best solutions.

As with all learning challenges, early and consistent intervention is important. Open communication between parents, teachers, and students, can help identify and address symptoms in order to best meet student needs.